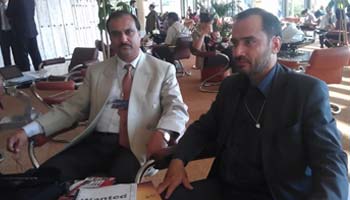 “Mujahedin-e Khalq holds numerous meetings in Europe for the protection of Camp Ashraf, and gathers many people under various pretexts,” Naghshbandi told Habilian.

“Some of them (MKO members) even disturb European citizens on the streets of European cities and tell lies in order to persuade them to protect Camp Ashraf and the group.” “But Europeans are not willing to cooperate with such a notorious terrorist group.”

Naghshbandi said that the supports of the United States and some European countries for terrorists are aimed at “creating turmoil and turbulence in the Middle East.”

He further explained that “unity and alliance of the countries in the region can neutralize the American efforts” to destroy the unity of the neighboring countries.