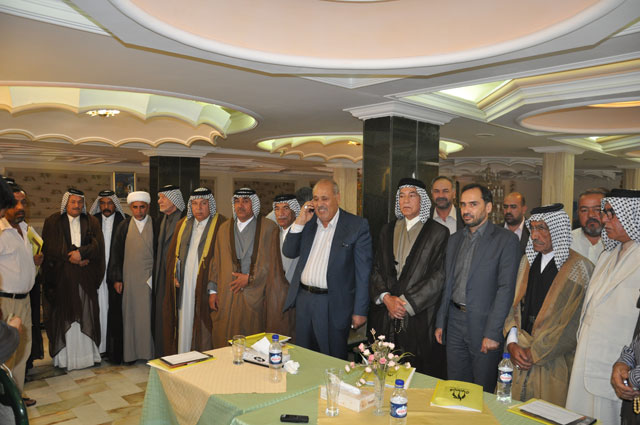 As reported by Habilian Association data base and after welcoming his guests’ arrival at the holy city of Mashhad, Mohammad Javad Hasheminejad stated that there are outstanding and deep ties of friendship between the two countries. He said: “The links and friendships are to the extent that even Americans admitted that there are no other two countries in the world closer to each other than Iran and Iraq.

Habilian Association Secretary General then referred to the American officials statements saying that they would withdraw from Iraq by the end of 2011 and notified: “Iraqi people and officials must be careful, because the Americans are the main supporter of terrorism in the region and are up to provoke riots and make the region instable by supporting and even budgeting terrorist groups such as Mujahedin-e Khalq more than before. “More carefully reviewing the history one could easily find out that the occupied countries always maintain the chaotic conditions of a war torn country even after the withdrawal of the occupiers at least for ten years” Hasheminejad reiterated.

Referring to the black file of MKO, including assassination of more than 12000 of their fellowmen, and their longtime presence in Iraq, Habilian Association SG said: “MKO is the oldest gang in Iraq responsible for the death of over 25000 Iraqi nationals.”

“Unfortunately in spite of the Iraqi Government and nation’s determination for the expulsion of MKO, the Americans are the main obstacle on the way of deporting this terrorist cult from Iraq and do their best to keep them in Iraq in order to make the region unsafe and also use these terrorists as tool for laying more pressure on Iran.” Habilian Association Secretary General also added.