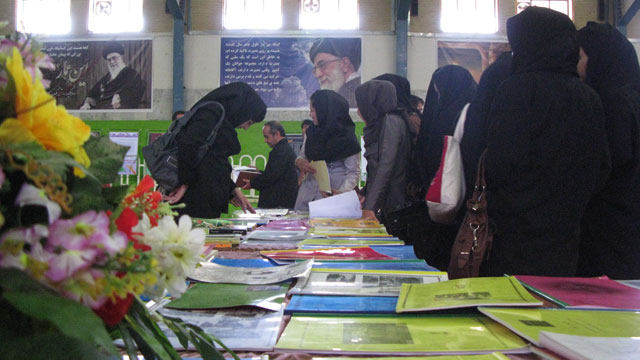 According to Habilian Association database, this exhibition which was held for the enlightenment of public opinion, especially the younger generation, warmly was welcomed by them.

The exhibition reviewied deviated and corrupted streams who, fallowing their treasonous policy, in the form of old and new hypocrisy, has attempted to political and social subvert,  Killing innocent people, creating revolt and reproduction of fitna and hypocrisy, since beginning of the Islamic republic.

According to this news, review MKO since the beginning of formation; explain MKO terrorist and treasonous policy toward Iranian and Iraqi people, autopsy of the new hypocrisy, which was developed after 2009 presidential election of Iran, and Rajavi’s strategic alliance with Mousavi (as examples the old hypocrisy and the new one), were the framework of Habilian exhibition in Kohgiluyeh and Boyer-Ahmad Province.