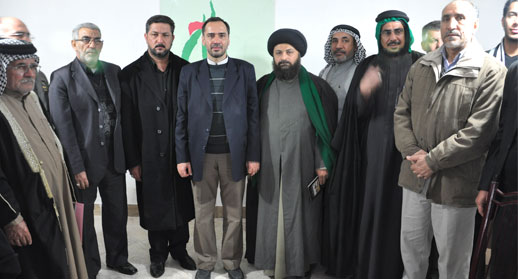 As reported by Habilian Association database, the meeting was held in order to explain MKO operation in Iraq and the rule of America in support this terrorist cult.

MKO has assassinated  37000 people in Iran and Iraq

Referring to the black file of MKO, including assassination of more than 12000 of their fellowmen, and their longtime presence in Iraq, Habilian Association SG said: “MKO are the oldest gang in Iraq who have assassinated 25000 Iraqi people.”

Hasheminejad added: “Although all the Iraqi officials want to dismiss this terrorist cult, Americans opposed this matter.”

Creating division and enmity; the only current function of MKO

Noting that MKO Is isolated in Camp Ashraf, Secretary General of Habilian said to the Iraqi delegations: “Now, that MKO can not use weapons to destruct and suppress Iraqi people, its only current function for Americans is creating division and enmity in your country, further, making gaps in friendly relations between Iran and Iraq.”

MKO distinguished role in killing and torture of Faili Kurds

Stating that Ba’th regime's violation against his nation have resulted harmful effects, director of public relation of Faili Kurds for Peace remarked: “MKO, as Saddam's allegiant, has caused serious damages to our people, too”.