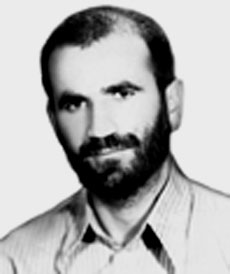 Martyr Mahmoud Akhlaghi was born in 1956 in a religious family in Semnan. He had Associate degree and served his country as a teacher in a village called Chashem. Mahmoud started his anti- Pahlavi political activities in 1973 while playing an important role in the victory of the Islamic Revolution in the region by standing against SAVAK all the time.

After the victory of the Revolution he joined Basij and fought against counter-revolutionary movements in Kurdistan for a while. He got married in 1980 and had a son and a daughter.

As a member of the Islamic Revolutionary Guard Corps he was always attended the war fronts against the enemies of Islam and Iran.

Finally, Mahmoud Akhlaghi was martyred by MKO terrorist elements in Mersad operation which led to an absolute defeat of the intruders.