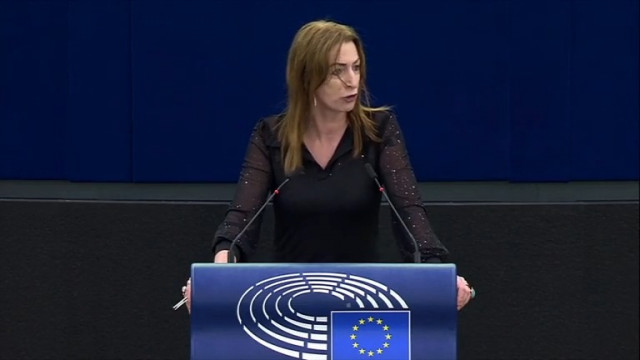 A member of the European Parliament criticizes the West for causing instability in West Asia (Middle East), citing the overthrow of the democratically elected government of Mohammad Mossadegh in Iran in 1953 and support for the Saudi-led war on Yemen as examples.

Clare Daly also pointed how Sykes-Picot Agreement, a secret convention made in 1916 during World War I between Great Britain and France for the dismemberment of the Ottoman Empire, which led to the division of Turkish-held Syria, Iraq, Lebanon, and Palestine into various French- and British-administered areas.

"Since the Crusades, people there have every reason to be sick of the sight of us, Britain and France built instability into the region when Sykes and Picot drew its borders," Daly told the European Parliament, according to Iran Press.

The MEP says the West never shies aways from supporting dictators in West Asia if they meet their interests.

"It was Britain that planted the seeds of Israel's apartheid regime in Palestine divide and rule just as it did in Ireland, and the West never had any qualms about backing dictators as long as they protected our interests," she said, adding, "So how did overthrowing Mossadegh promote stability?"

She also asks whether helping the Mujahideen Khalq Organization (MKO) brought dignity to the West.

"Was the Iran-Iraq war good for security? Did backing the Mujahideen (MKO) cover us in glory?".

During Saddam Hussein’s war against Iran in the 1980s, certain Western countries provided modern weapons to Iraq. For example, France sold advanced fighter jets to Iraq’s Saddam. The U.S. also provided information about the location of Iranian forces to Iraq.

The MEP goes on to says it is a joke if the West claims it is seeking stability in West Asia.

"Every so-called Western investigation, the occupation of Iraq, the disaster of Afghanistan, the NATO bombing of Libya, the backing of Islamist extremism in Syria, Saudis' genocidal assault on Yemen all produced seismic waves of instability that tremor down for decades, leaving broken countries, hobbled economies, violence, trauma, and permanent conflict and the end of that we stroke our chins pretend we’ve nothing to do about and ask how we, we are going to promote stability in the region. You have got to be joking," Daly concluded.