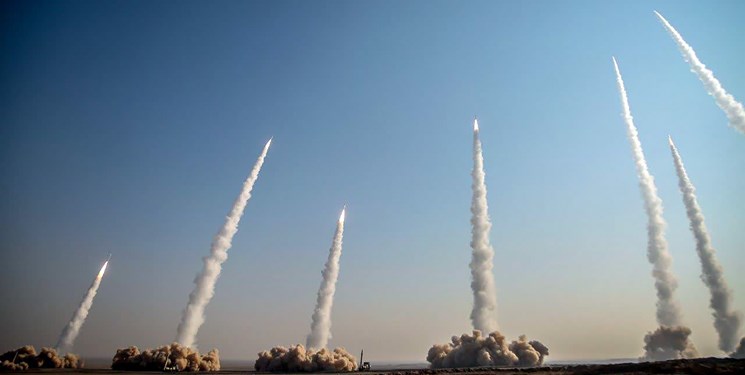 The IRGC Ground Force launched a fresh round of missile and drone attacks on the headquarter of Democratic Party of Iranian Kurdistan (PDKI) and the Komala Party in Iraq’s Kurdistan Region in the early hours of Monday.

According to reports, one attack saw four missiles being fired against a PDKI position in the town of Koy Sanjaq in the region's Erbil Province.

A separate attack featured kamikaze drones smashing into another site belonging to the group near the Baharka Village elsewhere in the region.

Simultaneously, kamikaze drones struck bases associated with Komala across two locations near the city of Sulaymaniyah in the region.

Earlier, the IRGC announced it is bolstering its forces in Iran’s Northwestern region to combat separatist groups and firmly confront terrorist outfits in the restive area.

“Following the movements of villains and anti-Iran separatist terrorist groups in the Northwest of the country, and the creation of villainy and insecurity in some areas, the Hamzeh Seyed Al-Shohada Base of the IRGC Ground Force, by strengthening its own forces within the scope of the mission’s geography and taking advantage of the cooperation of the valiant local people, embarks on resolutely confronting insecurity factors in the region,” the statement said.

“While emphasizing that we consider the security of the region and the honorable and valiant people of the border provinces of the Northwest as our red line, we strongly warn the armed villains and mercenary terrorists of the global arrogance that in case they press ahead with their villainy and create insecurity and disturbance for the people, the combatants of Hamzeh Seyed al-Shohada Base and other security forces will put decisive action against them on the agenda,” it added.

The statement stressed that the enemies of the Iranian nation have experienced many times that the brave forces of the IRGC, alongside the valiant people of the region, have neutralized the plots of mercenary groups of global arrogance and protected lasting security and stability.

The IRGC has in recent weeks launched a series of aerial operations on the headquarters of Iraqi Kurdistan-based terrorist groups. Military officials have warned that the IRGC will definitely hit more positions of terrorists in the next military operations.

The Permanent Mission of Iran to the UN has said diplomacy has failed to bring an end to the presence of terrorists in Kurdistan region and the terror activities in the Arab country has left Tehran with no other option but to use military force against them.

In mid-October, the Permanent Mission of Iran to the UN sent a letter to the head of the Security Council to elaborate on Tehran’s reasons for its recent military operation against terrorist groups in Northern Iraq, explaining that terrorists have used Iraqi territory to carry out armed attacks against civilians and Iran's infrastructure.

The operation came after the illegal entry of armed teams linked with the Kurdish terrorist groups into the Iranian border cities in recent months.

The IRGC Ground Force has announced that the operations against terror bases will continue until all anti-Iran separatist and terrorist outfits holed up in the rugged mountainous area lay down their arms and surrender.

The Iranian Armed Forces, specially the IRGC, have repeatedly warned that they will never tolerate the presence and activity of terrorist groups along the Northwestern border and will give strong and decisive responses in case of anti-security activities.

The IRGC has on countless occasions attacked and destroyed terrorist hideouts in the Kurdistan region with artillery fire, missiles and drones.