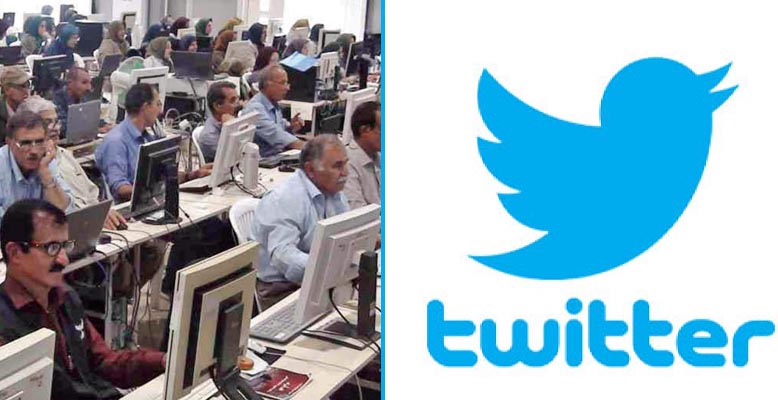 These accounts, most of which operating from Albania, were identified by the cyber monitoring division of Habilian Association, which is engaged in monitoring online activities of anti-Iranian terrorist groups.

According to Habilian, at least hundreds of other fake accounts affiliated with the Mujahedin-e Khalq are operating in Twitter.

the Mujahedin-e Khalq Organization (MeK) is a violent anti-Iranian terrorist group which has formed a cyber army to launch large-scale propaganda operations against Iranian Government.

In late November of 2020, Twitter suspended the official account of the MEK leader Maryam Rajavi for three weeks due to the promotion of violence. After that, users' access to other pages of this group was restricted.

Also, in early April 2021, Facebook announced that it has removed a network of over 300 Facebook accounts, Pages, Groups and accounts on Instagram operated by the MeK which appear to be run from a troll farm located in Albania. In its Coordinated Inauthentic Behavior monthly report, Facebook wrote that these accounts targeted primarily Iran and also global audiences with content related to Iran.

In his letter to the Twitter company, Habilian announced its readiness to send details of hundreds of other fake accounts affiliated with the MeK terrorist group.

Earlier, a number of dissident members of the group, who had previously worked in the group's cyber sector, reported the existence of a troll farm inside the Tirana camp, in which 1,000 to 1,500 members are operating thousands of fake Twitter accounts dedicated to incite violence throughout Iran in order to advance political goals and portray Iranian government as an authoritarian regime opposing the rights of its citizens.

Most of these fake accounts were launched after Donald Trump came to power. Taking advantage of this new opportunity, the terrorist group focused its content on hate speech and promotion of violence as a means to further their cause.