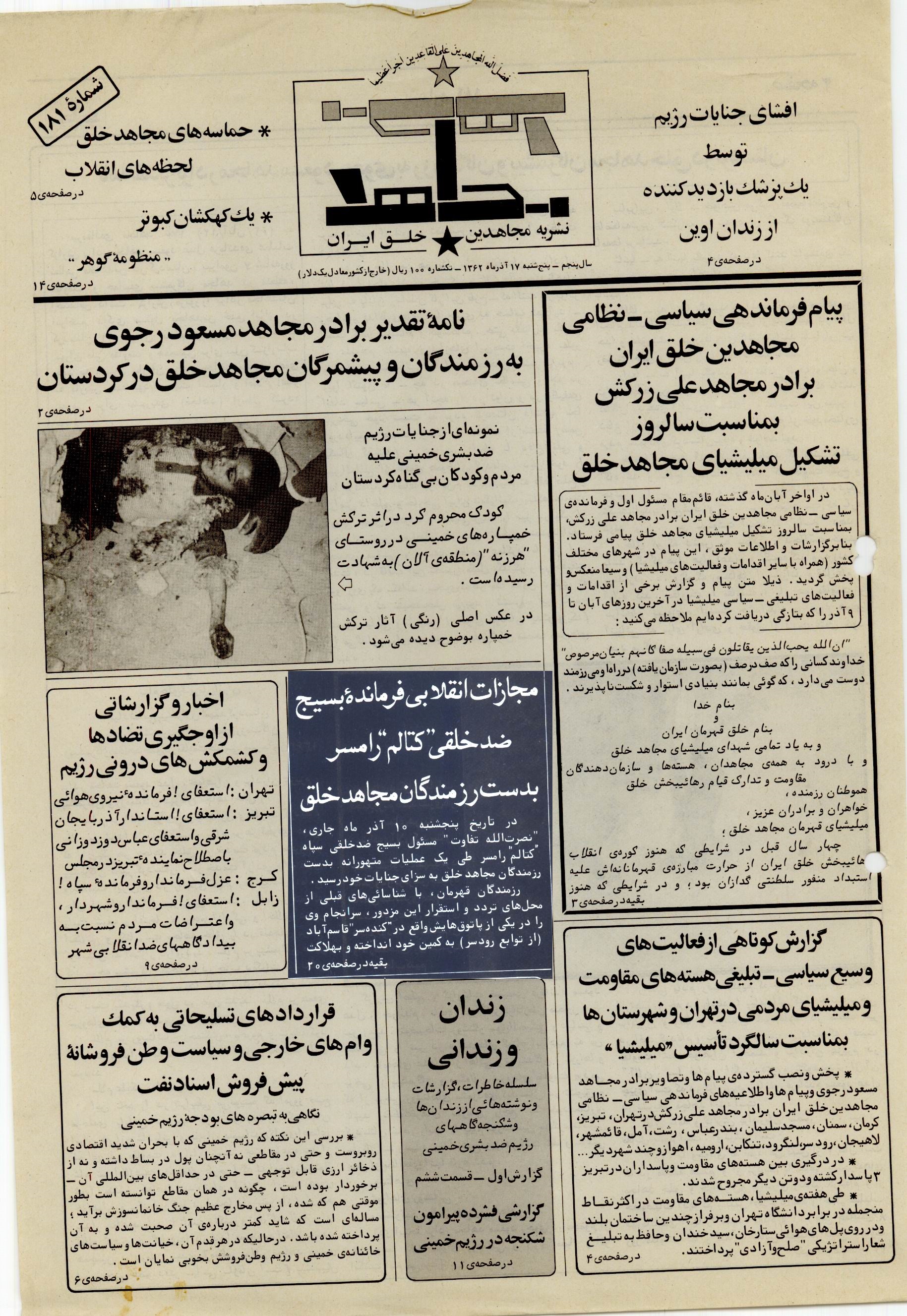 The Mujahedeen e-Khalq terrorist group has claimed responsibility for eleven terrorist operations, during one week of 1982.

According to Habilian Association database (Specialized Center of Research on the MKO's Crimes), the MKO terrorist group has made the confession in No. 134 of the Journal of Mujahid, the group’s main press organ during early years of the 80s.