The Mujahedeen e-Khalq terrorist group has claimed responsibility for a bank robbery in Hamadan, The capital city of Hamadan Province of Iran, in 1982.
According to Habilian Association database (Specialized Center of Research on the MKO's Crimes), the MKO terrorist group has made the confession in No. 130 of the Mujahid Journal, the group’s main press organ during early years of the 80s.
According to this news that the MKO’s publication has referred to it as a report of its “revolutionary operations” in “cutting the fingers of regime”, on Nov. 20, 1982, an operational unit of the MKO in Hamadan conducts an armed robbery to a bank in this city. The news adds in the course of this robbery, the PMOI terrorists rob about $ 20,000 after dispossessing and killing the bank's security guard.
By referring to the Sacred Defense History Calendar, it becomes clear that at 13:05 on Wednesday 17th Nov. 1982 [1], two men armed with pistols and grenades enter the Mellat Bank on 17th Shahrivar, Hamadan and after disarming the bank guard and cutting bank’s electricity, while giving slogans in favor of the MKO, stole 210 thousand Iranian Toman and run away with a motorbike. The stolen amount was The equivalent of about twenty thousand dollars. [2]

1.  The recorded date of this action is in the official Iranian sources is November 26, 1982, but the Mojahed magazine it dated it November 20, 1982.
2. the Sacred Defense History Calendar, Islamic Revolution Document Center, vol 27, p. 691. 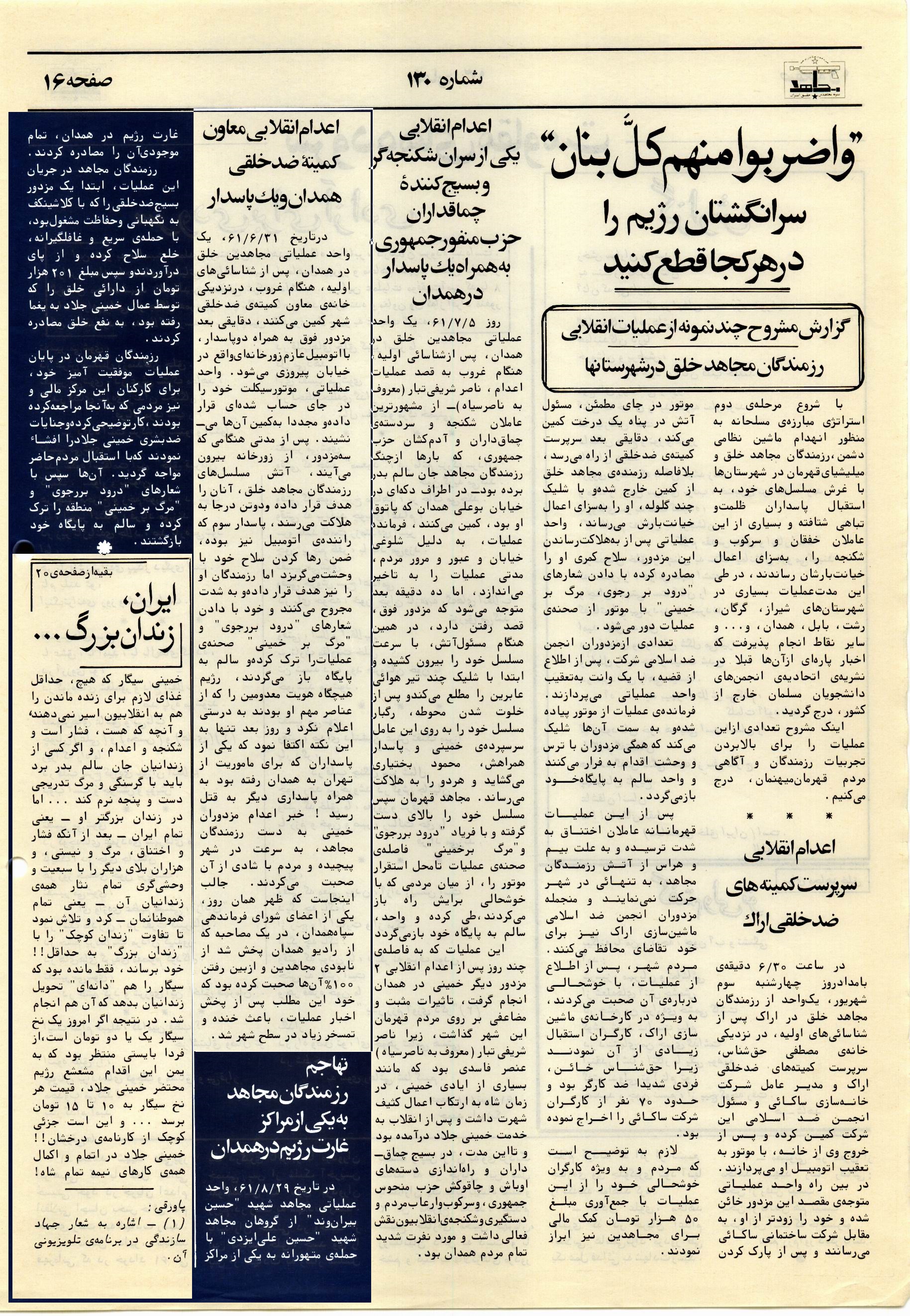