The Mujahedeen e-Khalq terrorist group has claimed responsibility for the assassination of two revolutionary guard corps members in Hamedan in 1982.
According to Habilian Association database (Specialized Center of Research on the MKO's Crimes), the MKO terrorist group has made the confession in No. 130 of the Mujahid Journal, the group’s main press organ during early years of the 80s.
According to this news that the MKO’s publication has referred to it as a report of its “revolutionary operations” in “cutting the fingers of regime”, on September 22, 1982, an operational unit of the MKO after a reconnaissance mission, assassinated and killed two revolutionary guard corps members When they were leaving a gym in Piroozi street of Hamedan.
The Mujahedeen e-Khalq terrorist group killed thousands of Iranian ordinary citizens simply because of the revolutionary rituals, the support for the Islamic Republic, or the membership of revolutionary institutions. 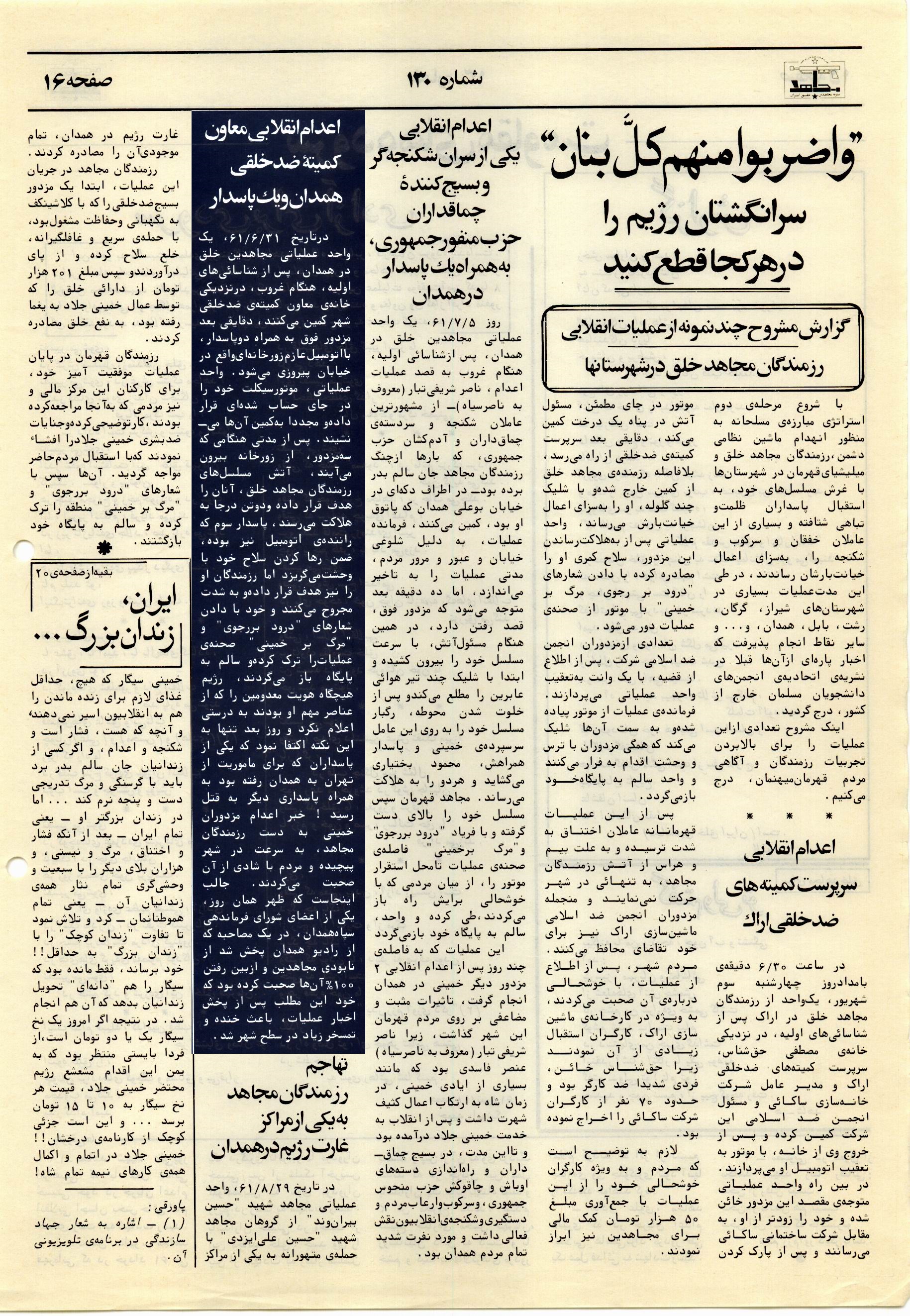