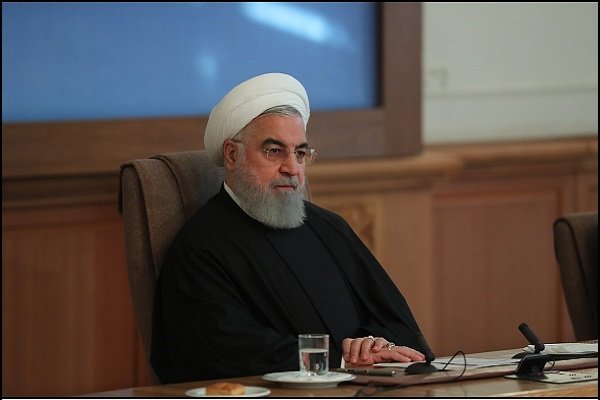 Iranian President Hassan Rouhani condemned the Friday terrorist attack in New Zealand and called on Muslim countries to disgrace the overt and covert sponsors of such moves.

In a Friday message, Rouhani said, “the terrorist and racist” attack to Muslim worshippers in New Zealand was a painful incident which broke the heart of Muslim people and the Iranian nation as well.

“This barbaric crime, which led to the martyrdom and injury of a number of innocent and defenseless worshippers, is another proof of the need for an all-out fight against terrorism and hate-mongering toward other religions and ethnic groups, and also against Islamophobia which is common in the West, and unfortunately fueled by certain Western governments,” he added.

“This crime demonstrated that terrorism is still among the crucial issues of the world, and it requires an integrated fight and a united approach by all countries against violence and extremism anywhere in the world,” he noted, adding, “it is essential for the international community and especially Islamic countries to give a serious reaction to these inhuman crimes and to disgrace the overt and covert sponsors of such moves.”

“The Islamic Republic of Iran is still determined to decisively fight terrorism and racism, and is sure that, thanks to the unity and solidarity of Muslims, such blind and aimless plots by the enemies would result in nothing but further disgrace for them.”

Expressing deepest sympathies to the families of victims and wishing a quick recovery for the injured, Rouhani also said that Iranian Foreign Ministry will follow up the request for arresting and punishing all perpetrators behind the heinous attack in international bodies.

Friday terrorist attack at two New Zealand mosques in Christchurch killed 49 people and wounded 40 others. The incident was the country's worst ever mass shooting, which Prime Minister Jacinda Ardern condemned as a terrorist attack.

The Australian gunman behind the massacre, identified as Brenton Tarrant, streamed the attack on one mosque live on Facebook, after publishing a "manifesto" in which he denounced immigrants, calling them "invaders". In his manifesto, Tarrant said he saw US President Donald Trump as “symbol of renewed white identity and common purpose.