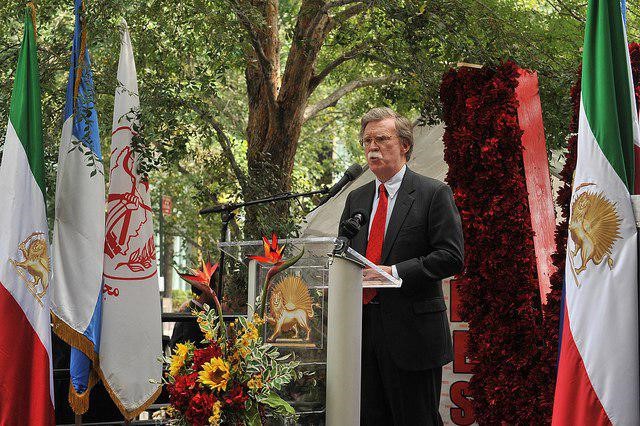 US Secretary of State Mike Pompeo’s global summit in Warsaw on 13 and 14 February to discuss Middle East issues was greeted with scepticism. It was widely interpreted as a thinly veiled excuse to talk about Iran. And because Iran was not invited, the agenda could only be hostile.

But while it is acknowledged that Pompeo wants to build consensus against Iran, it is also understood that Pompeo’s first target is the European Union. Efforts to get the EU to withdraw from the JCPOA have already failed. This time, Pompeo hopes his approach will undermine the unity and integrity of the European Union itself. There are already divisions. EU High Representative for Foreign Affairs Federica Mogherini has rejected the invitation. But European countries which may send representatives are those – Denmark, Belgium and Holland - which have allegedly been targeted by Iran for terrorist acts.

The Poland summit is an indication that top officials in the Trump administration like former CIA chief Mike Pompeo and Trump’s Security Advisor John Bolton now feel confident they can create Trump’s foreign policy for him.

Pompeo will come to Poland with a list of grievances against Iran, including human rights violations, destabilising the region, terrorism and of course, Iran’s ballistic missile programme. Some grievances are subject to interpretation – Iran of course is in Syria at the invitation of Bashar al Assad. Iran’s success in driving back Daesh in Syria and Iraq is undisputable. However, there is evidence that some grievances have been manufactured to deliberately demonise Iran. From its closed base in Albania, the Iranian Mojahedin Khalq (aka MEK, MKO, NCRI, Rajavi cult) been busy behind the scenes for over two years creating a false narrative designed to persuade European politicians that Iran is a threat to Europe.

The MEK’s use as a regime change tool is not new, but it was a speech made by John Bolton (before he was appointed Security Advisor) at the 2017 MEK rally in Paris that first indicated that his advocacy for using the MEK for regime change against Iran had a timeline. “Before 2019”, he told his audience, “we here will celebrate in Tehran”. Others chimed in; Albania’s former prime minister Pandeli Majko boasted that he would eat ice cream with the MEK in Tehran after they conquered Iran. As 2018 passed into 2019 commentators mocked. However, the idea of an active plan wasn’t picked up until last week when it was revealed that Bolton was doing everything within his power to push for President Trump to launch a military attack on Iran. The dots now begin to join up.

John Bolton is a long-term paid cheerleader for the MEK. He did not hesitate to visit them when they arrived in Albania to give them his blessing. And also, it seems, to enable their activities. In the Autumn of 2017, the MEK were given the green light to evade the de-radicalisation programme agreed by the Obama administration and regroup in a closed camp 30km from the capital where the cultic conditions of Iraq could be replicated.

Inside the camp the MEK were helped to create a click farm, using the slave labour of the members, to create and curate an online narrative concerning Iran to shape public and political perception on human rights, terrorism, nuclear intentions, etc.

In March 2018, the MEK made a false allegation against two retired Iranian journalists. They were invited to Albania to celebrate Norouz or Persian New Year by religious leader Baba Mundi and the Bektashi community. The MEK told police they were there to kill MEK members in their remote camp. Albanian police found no evidence and apologised to the men and the religious community. But the MEK narrative has been repeated so many times that it has taken on the aspect of fact. Indeed, it has now taken on the aspect of a ‘super-fact’ as faked embellishments to the story have been added; “A truck loaded with explosives was set to attack 3,000 members of the People’s Mojahedin Organization of Iran (PMOI/MEK) who are refugees in Albania, the dissident faction explained..”

In April 2018, the MEK the suspicious death of a troublesome member was a reminder that the MEK has a history of eliminating its members to whitewash its past. The impunity with which the MEK can act has transferred from Iraq to Albania because the MEK is protected by America. The Albanians do not have authority over the MEK in their own country.

In July 2018, just after the MEK held its annual propaganda rally in Paris to promote its regime change agenda an alleged assassination plot was immediately blamed on Iran. Iran however denied responsibility and called it a false flag op aimed at alienating the EU. Iranian media published information that two of those involved were long-term MEK supporters.

With this background, it is hardly surprising that while anti-Iran pundits are happy to take money to promote the MEK as the main opposition, its leader Maryam Rajavi has not been invited to the summit in Poland. Not only would that ensure a total boycott, but Rajavi herself cannot answer for the criminal and subversive activities of her group. Instead of staying in the shadows though, Maryam Rajavi has insisted on holding her own propaganda rally in Paris on the 8th February, desperate to maintain the fiction that the MEK is relevant and popular and that it is the key to regime change.

Pompeo may echo this message but will fall short of promoting the MEK. The real reason for keeping the MEK at arms-length is not just because it is too dirty, but because ultimately the MEK cannot be trusted. The rally on 8th February is an example of the MEK doing its own thing. It may be a paid mercenary group but Rajavi doesn’t know when to stop. The Intelligence community knows the MEK. It is a group which will take money to kill Iranians. It is a group which may also, one day, take money to kill Americans. It would be disastrous for any government to share a platform with such people and Albania should follow America’s example; keep the MEK at a distance.