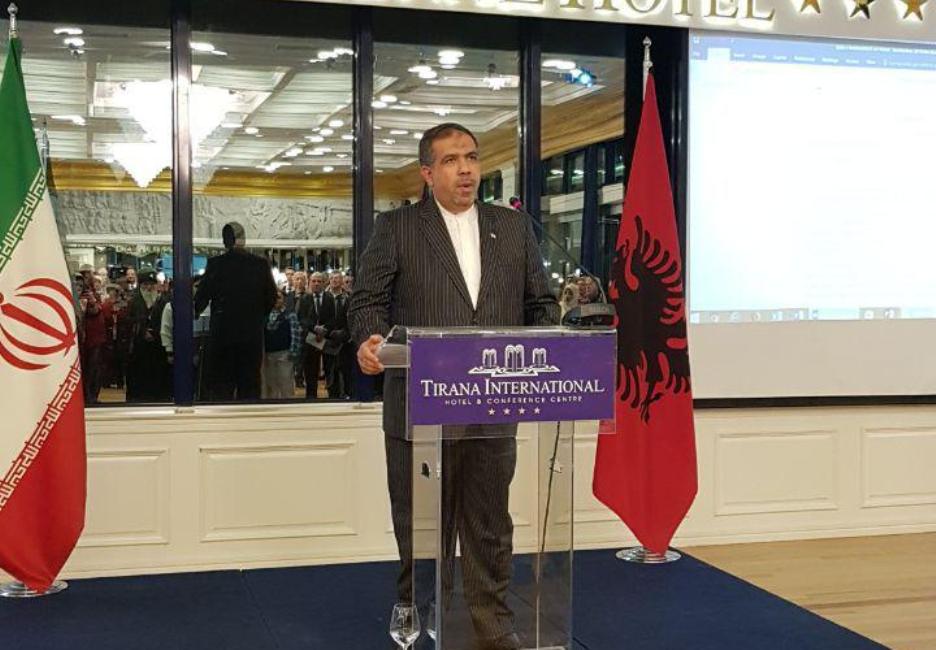 Iranian Ambassador to Albania Gholamhossein Mohammadnia argued that Albania's measure to deport the two Iranian diplomats is an American-Zionist scenario and is meant to undermine the relations between Iran and Europe.

'Albania's action was part of a series of measures taken in connection with the relations between Iran and the European Union, especially in the run-up to the presentation of the special European financial mechanism for Iran and the preservation of Iranian Deal,' said Mohammadnia who returned to Tehran from Tirana after a series of diplomatic violations by the Albanian government.

He said that because of its low capacity and resistance, the Albanian government could not tolerate the scenario and was victimized by the US and Zionist scenario.

Mohammadnia also said the Albanian government cannot declare that the Iranian ambassador has violated the adopted diplomatic ethics, adding, 'We have always acted in line with the international rules.'