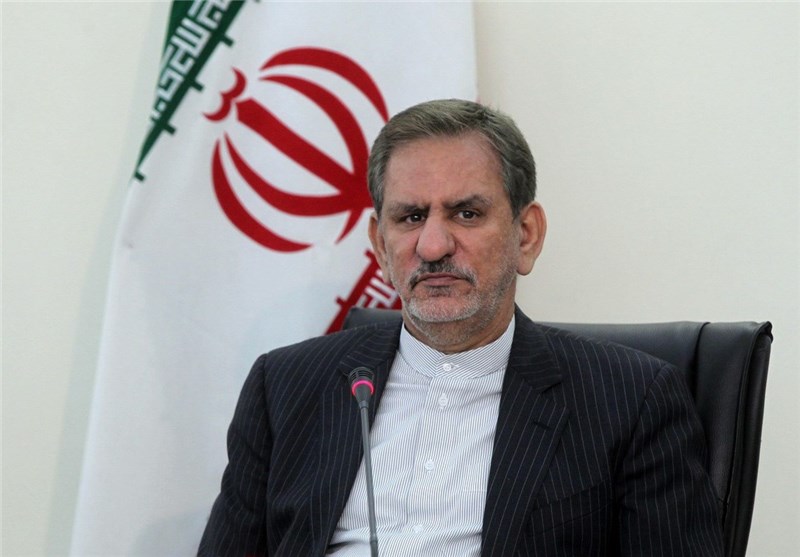 IFP
Iran’s First Vice-President Es’haq Jahangiri says the Americans’ biggest mistake is that they have relied on the information and analyses provided by members of the MKO terrorist group to make their decisions about Iran.

Jahangiri made the comment at a ceremony to inaugurate a sewage refinery in the southern Iranian city of Ahvaz on Monday.

“Since last year, the Americans had pinned their hopes on the assumption that Iran would not be able to mark the 40th anniversary of the victory of the Islamic Revolution,” he said.

“One of the reasons they mentioned was that current Iranian officials would not be willing to celebrate the occasion. Maybe one of the reasons that caused the Americans to make a mistake in this regard was that the news source of the White House was basically the MKO,” he said.

Jahangiri said the Americans’ impression that people have taken to the streets in cities across Iran and that the Islamic Revolution is in disarray is due to the reports they receive from MKO members.

The vice-president underlined that the decisions made by the US government on Iran are based on the false and fabricated news it receives.

“US authorities make decisions that always deal a serious blow to the credibility of this country and their status on the international stage,” he added.

The top official further touched upon Washington’s unilateral withdrawal from the Iran nuclear deal, saying the move is a loss for the Americans.

“The Americans thought they could disrupt Iran’s economy by withdrawing from the Iran nuclear deal and beginning [to impose] the sanctions and, hence, spoil the country’s political and social situation, but we saw the opposite happened,” he noted.

“They wanted to stop Iran’s oil exports, but failed as well, and we exported petroleum as much as we needed to,” he said.