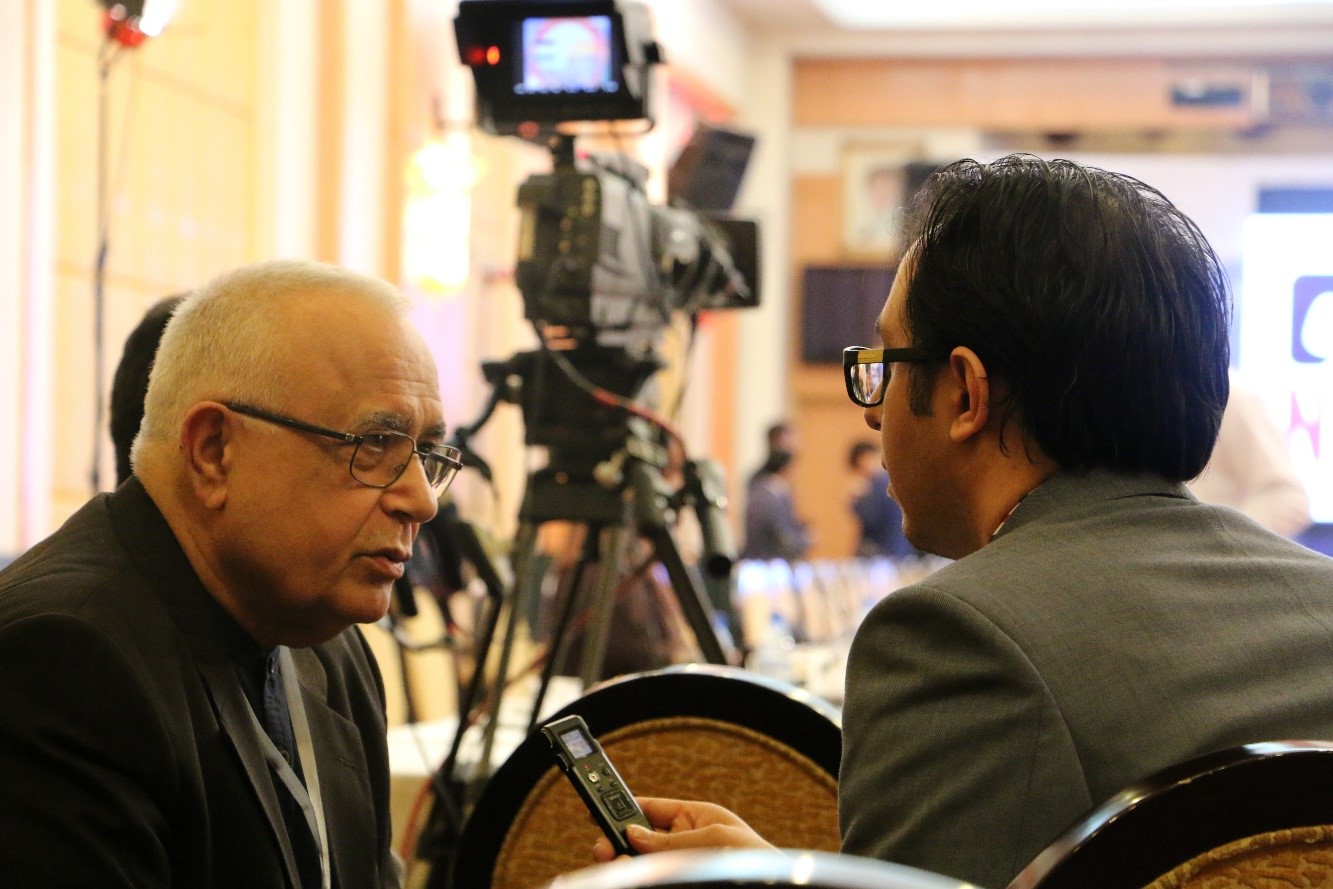 Dogan Bermek is president at Alevi Philosophy Center (ADO) and ex-president of Federation of Alevi Associations (Alevi Dernekleri Federasyonu; ADF) in Turkey. He who has been working in the Alevi movement for more than 30 years, attended the 6th International NEW HORIZON conference which was held in Mashhad, Iran, on May 12th through the 15th 2018 with the theme of AL-QUDS / JERUSALEM. What follows is the full text of Habilian Assocition’s interview with this researcher on the issues of the Islamic world.

Habilian: Would you please introduce yourself and tell us about your activities?
DB: I am the head of Alevi philosophy center in Turkey, and as you know, Alevis are Shia sect, not fully Shia, but our interpretation of Muslims is quite near to Shias compared to Sunnis. We have problems in Turkey, so based on the international standards, I should be accepted as religious freedom activist or religious freedom defender. That’s me!

Habilian: What is the correct way to prevent radicalization of young Muslims in Western countries?
DB: Education. Correct education. So, without a proper education you can’t stop this radicalization process. Radicalization cannot be stopped by more penalties, by pressing people, and oppressing people or all those things. I think the main and real fight is with education and unfortunately that is missing in middle east.

Habilian: ISIL?
DB:  We went up to ISIS. That’s right. I can’t expect further extremism right now, so this probably be the most extremist, actually is of ISIS. And this is all created by terrorist- antiterrorist, and terrorism-antiterrorism stories.

Habilian: So, what kind of relationship exists between radicalization and Islamophobia?
DB: I think both are helping to each other and Christo phobia is also creating Christian radicalism. So, they both are growing each other in my opinion. Christophobia and Islamophobia, I think it is getting a lot of them from Zionism movement. Zionism movement is also supporting this friction between Muslims and Christians. About ten minutes ago, half an hour ago, there was a very good statement, the earlier speaker said, he said where the Christians killed the Jews in holocaust in Europe and Muslims are paying the bill today.

Habilian: Can you explain the nature, origins and destinations of Islamophobia in the West, specially in Britain?
DB: I for the last couple of years haven’t been to Britain. I do not follow the daily routine of Britain. But I doubt very much if there is an Islamophobia in Britain but there is a foreign-phobia maybe, because in Britain, you have not only Muslims, you have other ethnicities, other religions as well, especially Indian, Pakistani population there, so, after an empire, so lots of different religions are concentrated in an single Island and those other people are ready to work for lower salaries, lower wages, and so and so forth, so, the older British generation, over fifty, is against anyone including Muslims.

Habilian: Do you mean that the old generation has many limitations but the young generation doesn’t?
DB: No, no. Because of internet and because of different world conditions, I think younger generation are much more understandable to the movement of human, movement of ethnicity and they do not react that much. They try to understand each other and that’s about it so. But older generations have paradigms. If you are a British guy, from point of view of a British, how could you live with a Tottenham court road totally operated by Turkish generations, so you don’t want to see them over there, because that is your area and you don’t want them dirt there.

Habilian: With Donald Trump, as US president, what do you think will happen to the US war on terror?
DB: Well, actually Donald Trump is a terrorist himself in my opinion, so I don’t think there be too much improvement as long as he remains in power over there but I don’t think he will stay in power for a long time. With this mentality?

Habilian: What fact there is that you think he won’t stay more than for example four years in the office?
DB: Well, I mean that’s, also this was discussed this morning, priority of united states was to be the biggest open economy in the whole world. Ok? So, Trump is trying to close the borders in order to keep its economy stronger and he wants to suck whatever he can suck from the world in order to give that to local politics. That’s more or less small cheap merchant’s approach. That will not work.

Habilian: What is his approach towards terrorism?
DB: I don’t think he has an approach for terrorism, on one hand he says we will end up ISIS and on other hand he is supporting the most terrorist movement. So, I can’t say that he has an understandable policy.

Habilian: Do you think that the Trump’s anti-ISIS rhetoric could lead the US to play a more significant role in dealing with terrorist crisis in the region especially in Syria? And additionally, Trump and Putin are said to have close relations, could it help to bring an end to the current Middle East crisis?
DB: I don’t think so. First of all, I think the end of ISIS in Syria, was not because of USA’s help or support; USA in my opinion, was fairly neutral towards ISIS. What happened with ISIS is that, first, the Syrian People resistance to that, Then Russia helped, then Iran helped, General Qassim Soleimani and Quds Islamic Revolutionary Guard Corps, was there, so, the united states they don’t want to be left out and so the said we are in the fight with ISIS.

Habilian: So, you mean the US increased the crisis in the middle east?
DB: if the US didn’t increase the crisis at the beginning, at least they were neutral. When the crisis was increasing, the arms were coming to Turkey and going to Syria, Royal support, financing support of Saudi Arabia and Qatar, you mean the CIA didn’t knew it? Didn’t the US realize what was happening at Syria? Were they so Stupid? I can’t believe in that.

Habilian: Thank you very much for giving me your time.
DB: Thank you too.