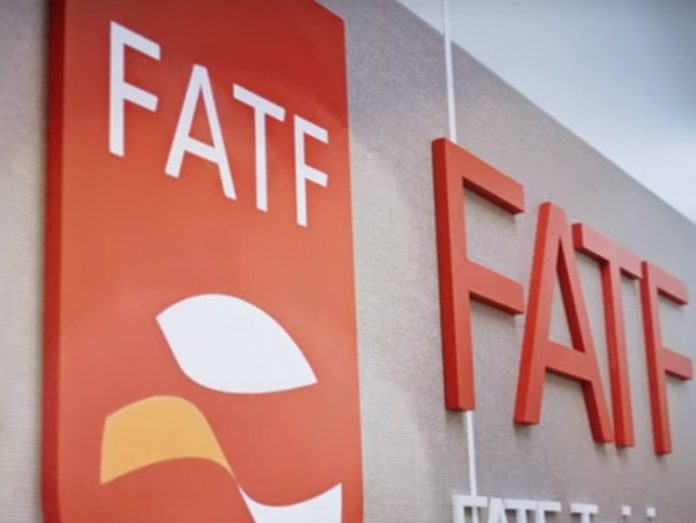 The support offered by western governments to the Mujahedin Khalq Organization, as demonstrated in the annual meeting of the group last Saturday, discredits the definition of terrorism offered by the G7-created Financial Action Task Force.

The West’s support for the anti-Iran MKO cult shows the American-European consensus should have no bearing on the government’s definition of terrorism, an Iranian newspaper said.

In an op-ed published on Thursday, the conservative Resalat Daily said the government should not accept the dictates of the FTAF regarding how to block finance for terrorists.

Following the early January implementation of the JCPOA, the FATF in June 2016 suspended countermeasures against the country and entered into talks with the Iranian government.

The talks led to an action plan, according to which Tehran must amend its CTF law and join anti-money laundering conventions.

However, in its last meeting held on June 29, the group lamented that “Iran’s action plan has expired with a majority of the action items remaining incomplete.”

In what must amount to a final warning, the FATF gave Iran until October to implement necessary reforms, otherwise it will decide about Iran’s return to the FATF blacklist.

One requirement the body says that Iran “should fully address” is “adequately criminalising terrorist financing, including by removing the [Iranian] exemption for designated groups ‘attempting to end foreign occupation, colonialism and racism’”.

While the FATF does not name such exempted groups, they are widely believed to include Palestine’s Hamas and Lebanon’s Hezbollah.

Some have argued that this condition is out of step with the article 154 of the Iranian Constitution that states while Iran “will not meddle into other nations’ affairs, it supports the rightful struggle of the oppressed against the arrogant forces anywhere in the word”.

The situation has sparked a heated debate in the country.

Advocates believe the return of Iran to the FATF’s blacklist will isolate Iran from the global economy and provides support for those who seek to undermine the JCPOA.

But critics argue it could hamper Iranian support for allies such as Hezbollah, which the United States has classified as a terrorist organization.

The Iranian government has expressed its reservation that the implementation of the convention should not dispute the legitimate right of nations under colonial domination and foreign occupation for fighting for self-determination.

But opponents in Iran’s parliament have so far blocked legislation toward compliance with FATF standards, believing membership in the group only makes the country vulnerable to outside meddling.

Iran’s Leader Ayatollah Seyyed Ali Khamenei recently suggested that it Iran did not have to join international conventions such as FATF when the consequences are not clear.

Speaking on June 20, the Leader said the parliament should pass legislation to combat money laundering according to its own criteria.

Resalat wrote the latest FATF statement shows Iran’s reservation was worthless and the group insists Tehran should accept its definition of terrorism.

But the group is in no position to lecture Iran on how to fight terrorism, considering the western countries’ double standards on terrorism, the newspaper said.

“The statement was published from Paris [the FATF headquarters], where the Hypocrites [a derogatory name for MKO members] as perfect examples of terrorists whose hands are stained with blood of over 17,000 Iranians, are freely active and hold meetings,” the article said.

Resalat said the French government’s hosting of MKO members and its green light for holding such a meeting is a flagrant violation of the United Nations Security Council’s Resolution 1373, which bars UN members from providing terrorists with safe havens.

“While FATF is bargaining with Iran over the definition of terrorism, hypocrites who hold a black record in carrying out terrorist operations and committing terrible crimes in Iran and Iraq … were holding a meeting calling for regime change in Iran”, the article said.

The meeting was attended by dozens of current and former officials and military brass from western countries, including 33 Americans.

Rudi Giuliani, US President Donald Trump’s lawyer, Newt Gingrich, a former House speaker and a close Trump ally, Bill Richardson, former US ambassador to the United Nations, US energy secretary and Democratic governor of New Mexico, were also in attendance.