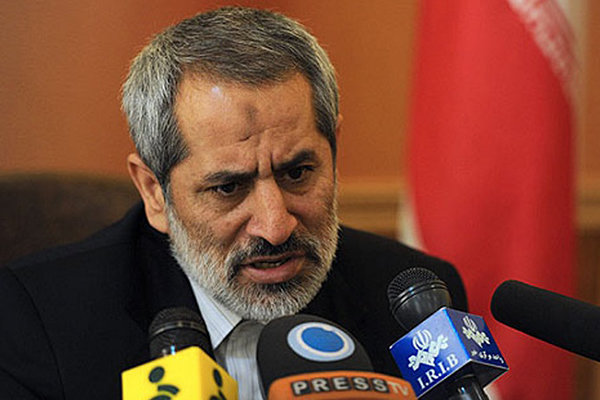 Tehran's Prosecutor Abbas Ja'afari Dolatabadi has reacted to ISIL terror group’s threats after eight of their members were executed yesterday, saying dozens of ISIL members, including 16 women, are awaiting trial in Iran.

Tehran's Prosecutor Abbas Ja'afari Dolatabadi, chairing the sixth trial of ISIL members this year, said that the 8 ISIL members who were executed yesterday were people who had been arrested in the aftermath of the June 2017 twin attacks on Iranian Parliament and the tomb of late founder of the Islamic Republic of Iran Ayatollah Khomeini in Tehran.

Ja'afari Dolatabadi said that the 8 men had been tried and convicted of providing the attackers, who were killed in the assault, support in the days before.

Tehran's prosecutor said that over a dozen others remain on trial over the attacks, including 16 ISIL female members who had been to Syria and had been trained there, as well as 16 other men who are also awaiting trial.

He further noted that those arrested ISIL members sought to use Iran as a safe haven for continuing their terrorist acts after the terror group was defeated in Syria and Iraq.

Reacting to ISIL terrorist group’s threats following the execution of their members yesterday, the Tehran's prosecutor said “these threats indicate that the Islamic Republic of Iran has defeated ISIL and will no longer allow it to continue its cowardly moves.”