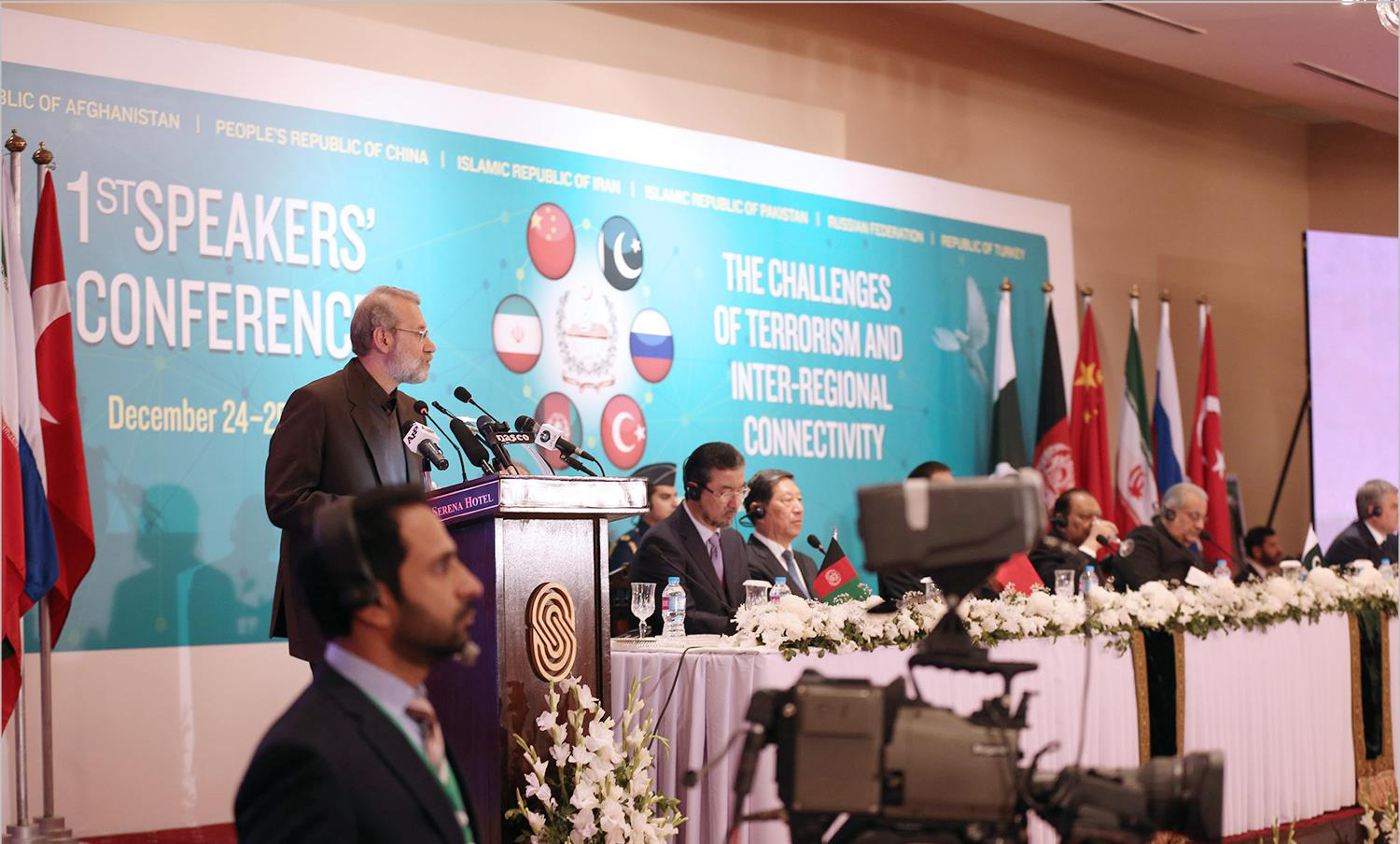 Iranian Majlis Speaker Ali Larijani said on Sunday that occupation of other countries’ land, extremism and intelligence services as chief reasons behind spread of terrorism in the region.
“Intelligence services have been using terrorist movements to reach their objectives which led to spread of terrorism by providing arms and financial help to terrorists,” Larijani said during a speech at a conference on terrorism and inter-regional connectivity in Islamabad, Pakistan.
The senior lawmaker added attacks on Afghanistan by the Soviet Union and later by the U.S. and NATO led to formation of terrorist groups in the country.
Commenting on reasons behind youths’ interest in joining terrorist groups, he said, “Poverty is another reason behind spread of terrorism, however, humiliation and discriminatory behavior are more important than poverty. Young people from Belgium, France, England and other developed countries did not join terrorist groups because of poverty.”
Elsewhere, he called on the countries who attended the conference to cooperate in fighting terrorism.
He also attached great importance to expansion of economic relations.
Larijani described cooperation among Iran, Turkey and Russia as an example of successful cooperation in fighting terrorism in Syria.
‘U.S. seeks adventurism in region’
During a meeting with State Duma Speaker Vyacheslav Volodin on the sidelines of the conference, Larijani said that the U.S. is seeking adventurism in the region.
He said claims by the United States that Iran supplies missiles to Yemen is a “new game” in the region.
Nikki Haley, the U.S. ambassador to UN, on December 14 presented the debris of a missile at a military base in Washington in which she claimed was made by Iran and fired at King Khalid International Airport in Riyadh on November 4.
Larijani also called for expansion of economic cooperation between Iran and Russia.
For his part, Volodin expressed hope that economic relations would be expanded.
Larijani held a separate meeting with Chairman of Pakistani Senate Mian Raza Rabbani.