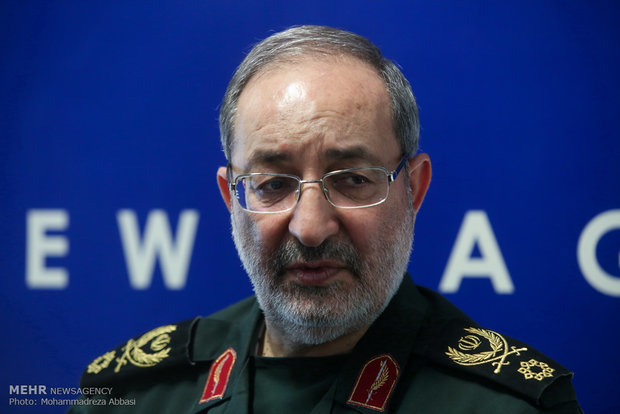 “We predict three post-ISIL plots devised by cross-regional countries with specific scopes and special designs,” said Brigadier General Jazayeri, the Deputy Chief of Staff of the Iranian Armed Forces on Saturday touching upon the expectations on what the next measure of ISIL-creators would be.

“Two of these plots would be about the region and one of them about internal affairs of Iran,” he said, evaluating on the downfall of ISIL terrorist group in the Western Asia.

“To confront with these scenarios, good measures have been devised,” he asserted. “Assuredly,  to counter any conspiracy, the proper countering measure will be taken alike what happened to the ISIL, and these  conspiracies will fail the same way fruiting nothing for their designers,” underlined the Iranian brigadier general.