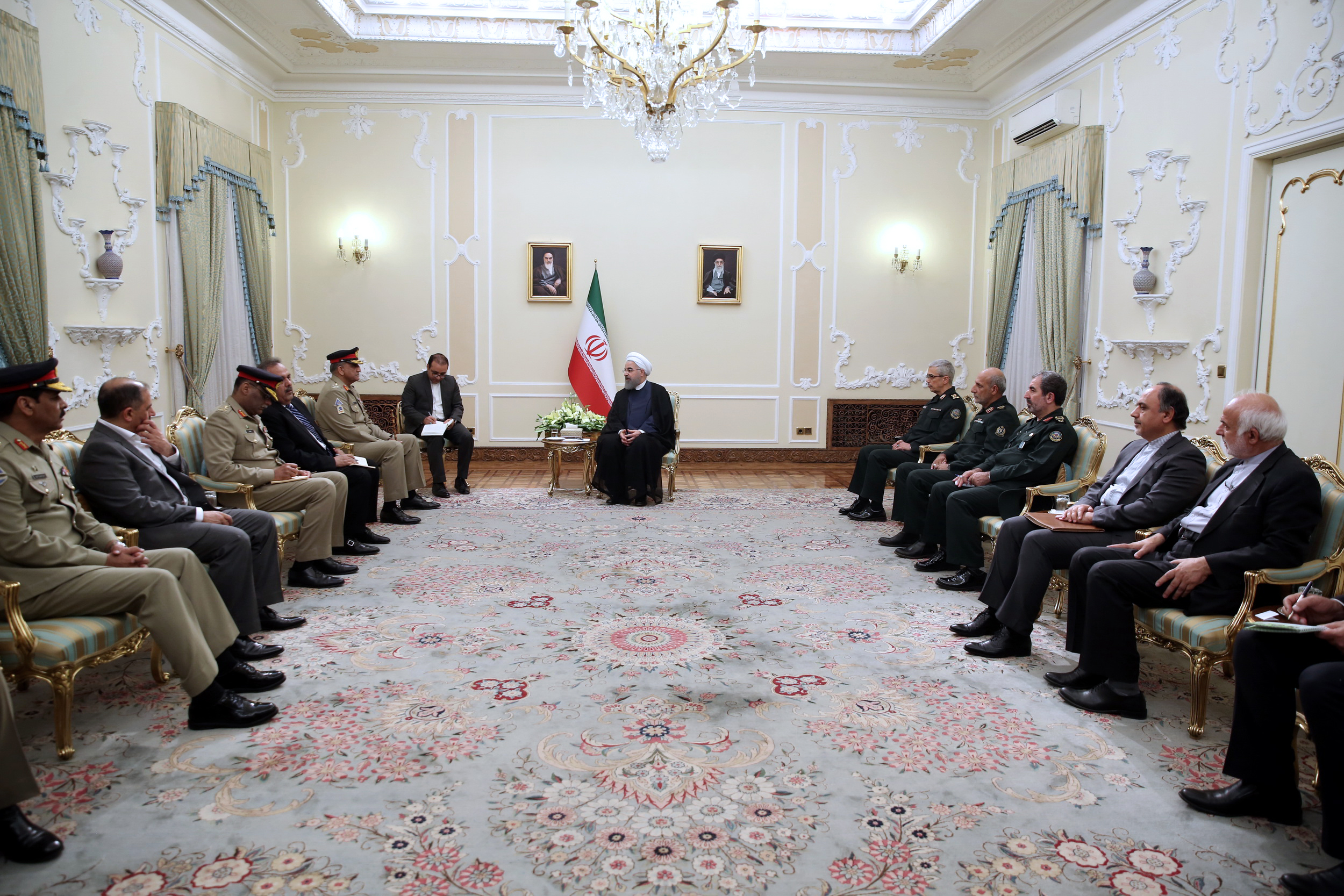 Welcoming development and deepening of Tehran-Islamabad defence and military cooperation to consolidate stability and security in the region, President Rouhani stated: "Military and defence cooperation of the two countries, must be developed along with relations and cooperation in the fields of politics, economy and culture".

Dr Hassan Rouhani met with Chief of Army Staff of the Pakistan Army General Qamar Javed Bajwa and said: "The Islamic Republic of Iran is determined to have strong, brotherly and close relations with its regional neighbours, including Pakistan, and these relations are undoubtedly what the two nations want".

Dr Rouhani also described terrorism and sectarian and ethnic disagreements as two main problems of the World of Islam today and emphasised the role of some powers in creating and reinforcing these problems and differences in the region, saying: "Powers do not have interest in unity and brotherhood among Muslims because if this unity and brotherhood is strengthened, then Islamic countries will be able to solve problems without the presence of outsiders".

Dr Rouhani also described improving security of the common borders of the two countries imperative and said: "The borders between Iran and Pakistan should be frontiers of friendship, development and tourism between the two nations, and we should not allow some terrorist groups promote insecurity in these borders".

The president said that Iran's goal in the region was to strengthen brotherhood and stability and unity among countries of the region, saying: "Terrorism is a problem for all countries of the region. Iran's presence in Iraq and Syria is aimed at fighting ISIS and other terrorist groups at the invitation of the governments of these countries, the positive results of which are now obvious for these two countries and the region; but the big question is that what is the purpose of military strikes, destruction and killing of the Yemeni people?"

Chief of Army Staff of the Pakistan Army also called Iran-Pakistan relations fraternal, deep-rooted and deep-seated, and insisted that Islamabad wanted to develop its military and defence cooperation with Tehran, along with historical and economic relations.

General Qamar Javed Bajwa said: "The people of Pakistan have consistently shown special respect to the Iranian people, especially because of their courage and resistance against powers and invaders, and we are determined to cement relations with Iran in all areas".