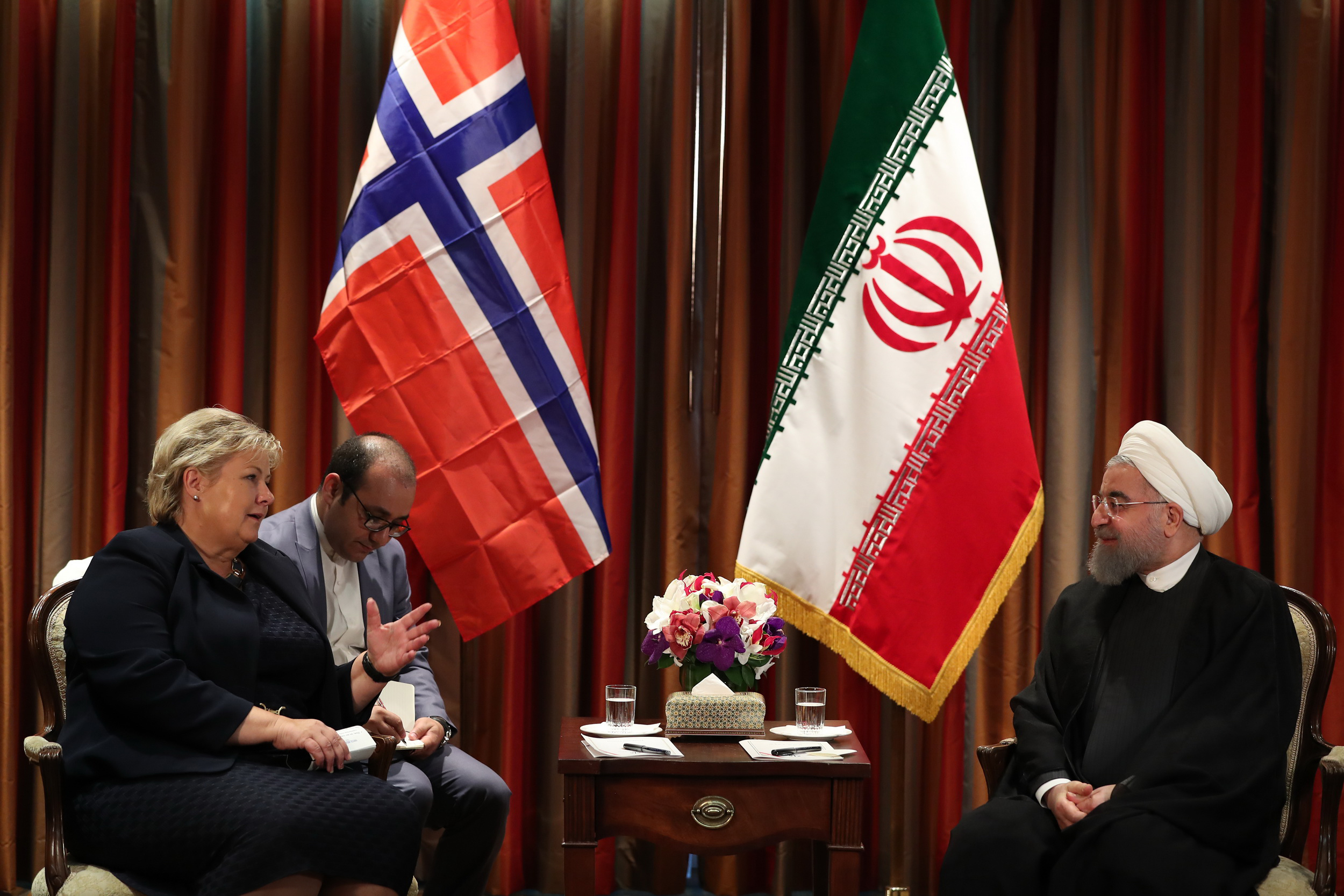 In a meeting with the Prime Minister of Norway, Erna Solberg, that was held on Tuesday evening on the margins of the UN General Assembly, Iranian president, Dr. Rouhani described terrorism as the root of many of the problems in the region, adding: “Terrorism is a universal, widespread problem and its eradication requires a serious global resolve”.

The President added: “Today, terrorists have been weakened in Iraq and Syria, and we must provide conditions for holding free elections in these countries along with a serious combat against the terrorists so that people of these regions can decide for their own destiny”.

The president also pointed out the situation in Yemen and said: “The Yemeni people are struggling with many problems, and it is necessary to stop the bombing of Yemen immediately and begin the Yemeni-Yemen talks to resolve the Yemen crisis. We believe that the European Union can also contribute to helping the refugees and politically solving Yemen's problems”.

Dr Rouhani also went on to described the Iraqi Kurdistan’s independence referendum as very dangerous, saying: “This could lead to even a long-term conflict in the region, and nobody would benefit from it, so we should be careful not to let geographical boundaries change, and unity and integrity be preserved in Iraq”.