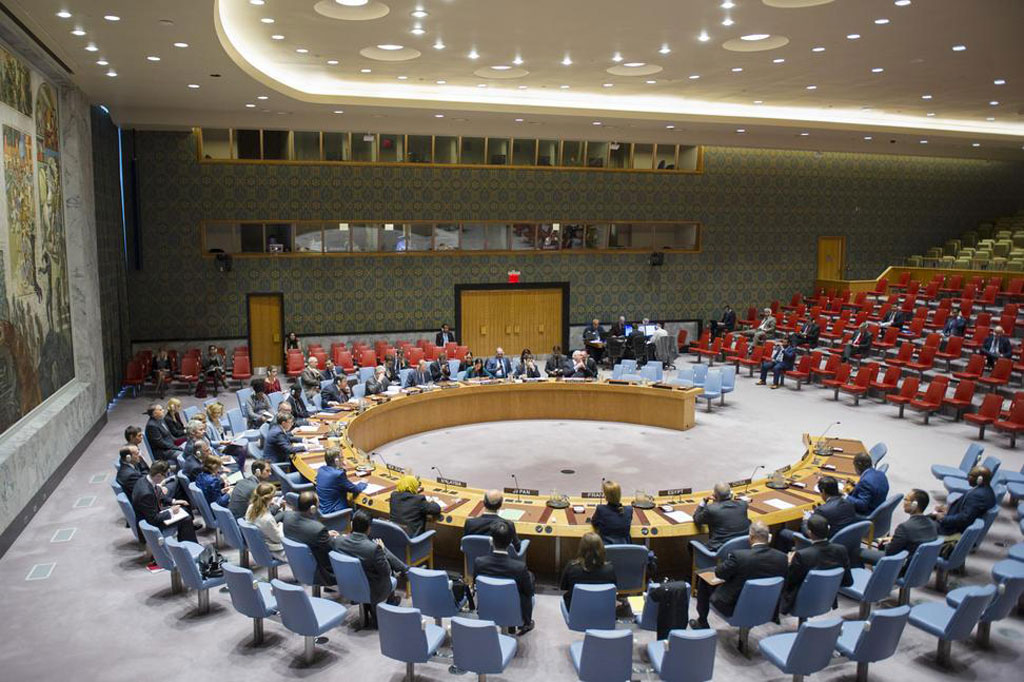 UNITED NATIONS — The U.N. Security Council unanimously adopted a resolution Wednesday urging all countries to eliminate the supply of weapons to the Islamic State extremist group and other "terrorists" including by taking legal action against suppliers and marking arms to improve their traceability.

The resolution, sponsored by Egypt, strongly condemns the continuing flow of weapons, military equipment, drones and improvised explosive devices to IS, al-Qaida and their affiliates as well as illegal armed groups and criminals.

"This is one of the first resolutions aiming to prevent terrorists from acquiring weapons," Egypt's U.N. Ambassador Amr Abdellatif Aboulatta, the current Security Council president, said after the vote. "Arming of terrorists and terrorist groups ... is a crime that is no less heinous than the terrorist act itself."

The resolution reaffirms the commitment of all states to preventing weapons from reaching "terrorists." It urges the U.N.'s 193 member states "to prevent and disrupt procurement networks for such weapons." It also urges all countries "to act cooperatively to prevent terrorists from acquiring weapons" including via the internet or social networks.

Yury Fedotov, executive director of the Vienna-based U.N. Office on Drugs and Crime, told the council by video link that "terrorists obtain weapons by many means, in all parts of the world, facilitated by access to poorly secured stockpiles, weak border management, the use of online platforms including hidden marketplaces, and diversion linked to poor transfer controls."

Fedotov stressed the complex challenges to keep weapons from falling into the hands of terrorists, citing "inadequate regulatory environments and data collection, lack of specialized skills and equipment, and lack of coordination within and between countries and regions."

Interpol Special Representative Emmanuel Roux told the council that although the use of weapons by terrorists isn't new "today's threat landscape is one of unprecedented complexity."

"Convergence is the key word: between organized crime and terrorism; between old and new technologies; between military and law enforcement efforts," he said.

Roux said Interpol is seeing firearms used in conflict zones reappearing on streets of major cities, commercial products that are legal turned into improvised explosive devices, and guns manufactured decades ago for sale on the dark web.

In parallel, he said foreigners who fight for terrorist groups may be exploiting their knowledge from the battlefield, the organized crime contacts and supply chains they used previously, "and technology allowing the creation of modular firearms and 3D printing — to access and use weapons."

Jehangir Khan, acting head of the new U.N. Office of Counter-Terrorism, said the diversion of weapons from government stockpiles, through theft or capturing depots, is an important source of arms for terrorist groups and others. And he said the illicit online weapons trade on the dark web is "particularly worrisome."

"Terrorist proxies are doing the Iranian regime's will in Iraq and in Syria," she said. "Iran also supports Hamas and Bahraini terrorist groups. Through its partner Hezbollah, Iran is engaged in preparing for war in Lebanon. It is building an arsenal of weapons and battle-hardened troops."