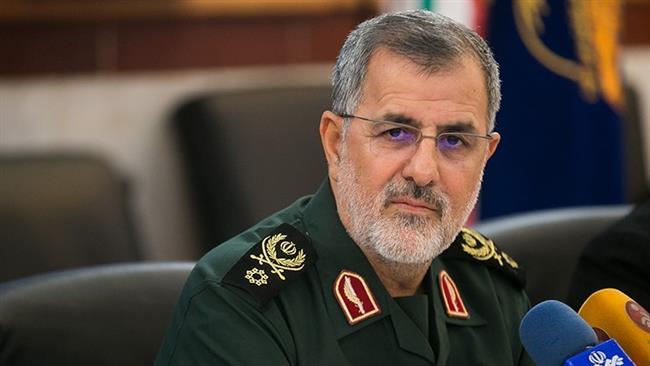 Terrorists based in Pakistan have fired projectiles at Iran's border region of Saravan, killing two local workers, the Islamic Revolution Guards Corps (IRGC) has said in a statement.

"On Saturday afternoon, a terrorist team associated with the global arrogance and foreign intelligence services fired at the Islamic Republic of Iran's borders in the Saravan region with indirect fire weapons and light weaponry, martyring two native workers," an IRGC statement said.

"The combatants of the IRGC Ground Force at the Quds base reacted to the terrorist move, killing one of the terrorists and wounding two others," it added.

The statement said other members of the terrorist group fled deeper into the Pakistani territory after facing retaliation from IRGC troops.

“We will target counter-revolutionary forces, outlaws and terrorists who are being trained and are planning and plotting to destabilize our border regions anywhere in the world,” he said.

Tehran has frequently complained to Islamabad about foreign-backed terrorists who use the Pakistani territory to launch attacks in Iran's Sistan and Baluchestan Province.

In April, 11 Iranian border guards were killed and three others injured in clashes near the border town of Mirjaveh. The Pakistan-based Jaish ul-Adl terror group claimed responsibility for the attack.

Tehran reacted by saying that it reserved the right to respond to the attack as it chose and warning that its patience was wearing thin with Pakistan's lack of cooperation.