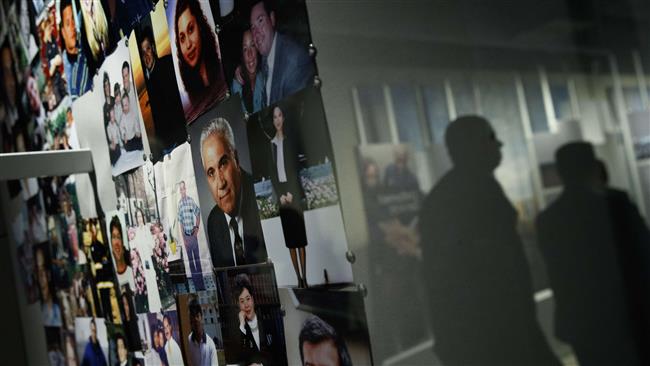 The families of hundreds of people killed in the September 11, 2001 attacks in the US are considering adding the United Arab Emirates to a lawsuit they’ve brought against Saudi Arabia for its alleged role in the terrorist attack.

The UAE’s alleged support for the al-Qaeda terrorist organization has been raised in New York City’s legal circles in the context of Qatar’s diplomatic crisis with Saudi Arabia and its allies, including the UAE, the Middle East Eye reported.

The Qatar crisis has lead families of the 9/11 victims to discuss taking legal action against the UAE, the report said.

Up until now, Saudi Arabia has been at the center of accusations over its alleged support for the terrorist group Al-Qaeda that claimed responsibility for the 9/11 attacks.

Kristen Breitweiser, a high-profile activist who lost her husband in the 9/11 attacks, told Middle East Eye that the UAE is “on the radar” of victims’ families and their legal teams.

“The UAE needs some attention and our lawyers need to start delving into it in a more concerted way,” said Breitweiser. “I’m simply going to say this – to me, their hands don’t seem clean and I think their role in the 9/11 attacks and their connection to the hijackers bears further investigation.”

Two of the 19 alleged hijackers on 9/11 were from the UAE, while 15 others were Saudi Arabia. The two other hijackers were from Egypt and Lebanon.

The 9/11 Commission Report, which was published by the US government in July 2004 about the events leading up to the 9/11 attacks, made more than 70 mentions of the UAE and found that most of the alleged attackers travelled through Dubai on their way to take part in the attacks.

The commission found that the money used to fund the alleged hijackers was transferred to Dubai and then wired to the US.

Gordon Haberman, whose daughter was killed on 9/11, said it was “frustrating” that ties between the UAE and terrorism have not been explored thoroughly since the 9/11 Commission Report was released.

“The UAE was certainly a country used as a base of operations for staging and prepping the hijackers who eventually were made the ‘muscle’ men aboard the planes on 9/11,” he said.

The proposed legal action against the UAE came after Saudi Arabia, the UAE, Bahrain and Egypt severed diplomatic ties with Qatar amid an ongoing diplomatic row.

The four countries, which have also imposed a land and sea blockade on Qatar, accuse Doha of supporting terrorism.

“Quite frankly, the hypocrisy is galling for Saudi to be putting the screws to Qatar in the manner that they are – sanctioning or blockading the Qataris for their funding of terrorism. Why don’t they look in the mirror, require the same list of measures and demands of themselves – open their own books for all to see?”