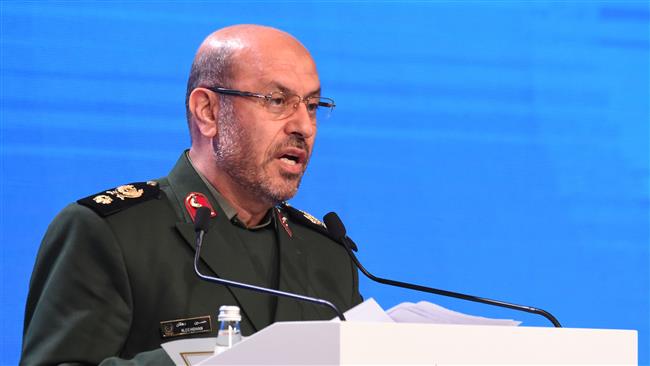 President of the Supreme National Defense University of Iran described the rise of “takfiri” movements in the region as a ploy to impede Iran’s regional influence.
Addressing a cultural ceremony in Tehran on Friday, Lieutenant General Ahmad Vahidi added that takfiris even look for intelligence aid from the anti-Iran Mojahedin-e Khalq Organization terror group to harm the Islamic Republic, Tasnim News Agency reported . Takfiris are hardliners who accuse any Muslim not following their extreme interpretation of Islam as apostates punishable by death. Vahidi, who is also a former defense minister, noted that there is clear evidence that takfiri terrorist groups show no hostility toward the Zionists and make no mention of the US, but have concentrated on countering Iran’s influence. “Takfiris intend to get intelligence help from MKO to carry out operations inside Iran and seek to establish contact with all anti-Iranian groups,” he warned. Leader of Islamic Revolution Ayatollah Seyyed Ali Khamenei has warned that takfiri groups have resurfaced to serve the interests of the arrogant powers and called for a “scientific, inclusive” movement to eradicate the threat of takfirism.