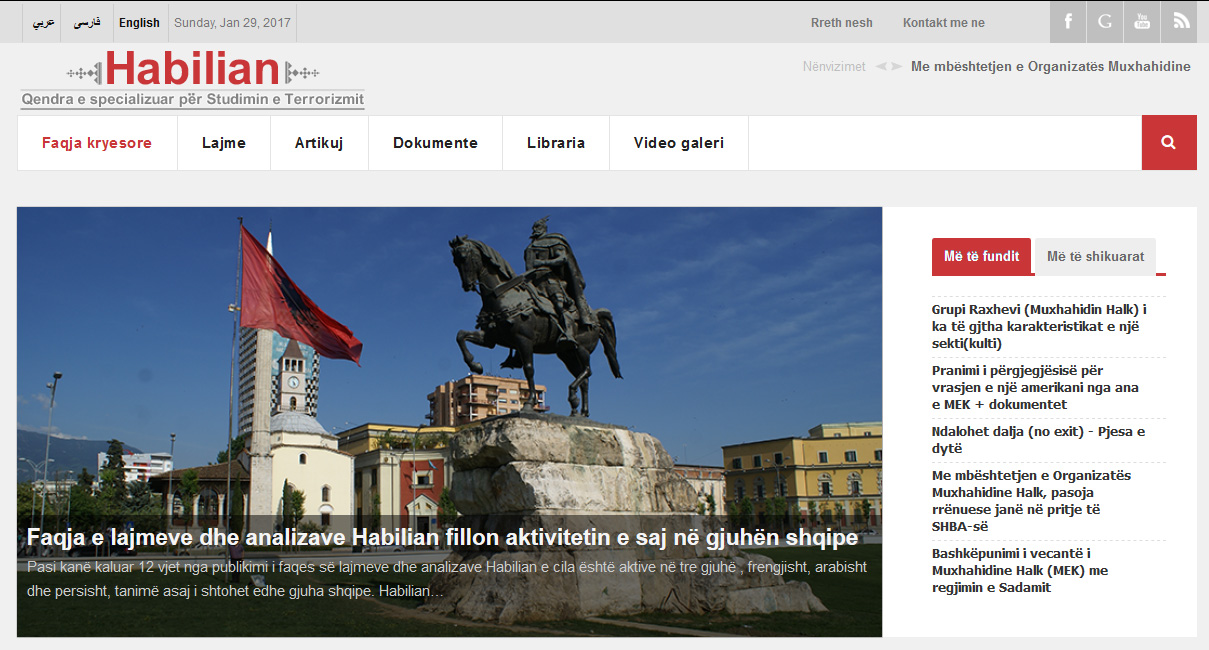 Expelled from Iraq and relocated to Albania, MeK’s record is filled with numerous crimes including assassination of high ranking Iranian officials and killing more than 12000 Iranian civilians in the past four decades.

According to reports released by Western research centers and intelligence agencies, the Mek has been involved in various crimes including murder, kidnapping, money laundering, bribery and other crimes.

As more than 2000 members of this dangerous cult were relocated to Albania, Habilian Association’s Albanian website was launched in order to enlighten the public opinion in Albania about the true nature of the MeK and make the Albanian people aware of the threats posed to them by this terrorist group.