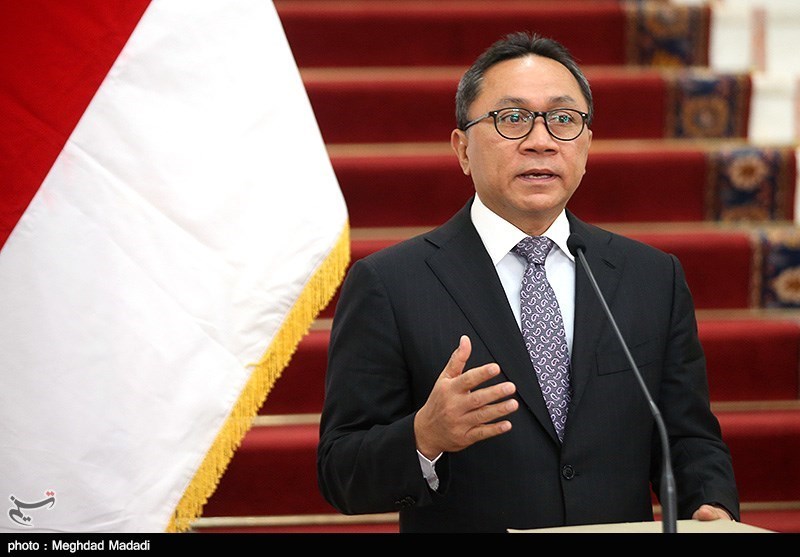 Speaking at a joint press conference with his Iranian counterpart Ali Larijani in Tehran on Monday, Hasan expressed concern over the spread of terrorism in the world and said his country is opposed to “the savage acts” by Daesh militants.

The Daesh crimes have tarnished the image of Islam, he said, adding that the Indonesian government has no tolerance for the terrorists.

Elsewhere, the Indonesian parliament speaker hailed Iran as an influential country in the Middle East region and said his country calls for further efforts by the Islamic Republic to find solutions to regional crises.

In recent years, the Middle East region has been plagued with Takfiri terrorist groups like Daesh, which are believed to have been created and supported by the West and some regional Arab countries.

The terrorist groups, which claim to be Islamic but whose actions are anything but, have been committing heinous crimes not only against non-Muslims, but mostly against Muslims in the region.