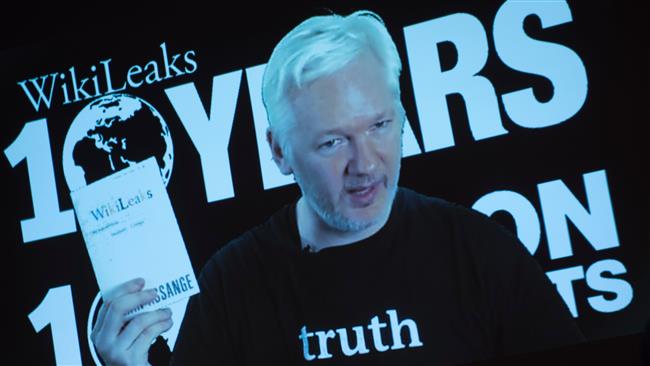 The US Central Intelligence Agency (CIA) along with Saudi Arabia have paved the way for the creation of the Daesh (ISIL) terrorist group, says WikiLeaks founder Julian Assange.

On the occasion of releasing over half a million new documents on Monday, Assange explained the chain of events that led to the rise of Takfiri terrorism in the Middle East.

He pointed the finger at the CIA and the Riyadh regime as the prime suspects, saying their decision to spend billions of dollars on arming Afghan militants against Soviet forces was the first step in the process.

That move led to the creation of al-Qaeda terrorist group which in turn set the stage for the September 11, 2001 attacks, giving the US an excuse to invade Iraq and Afghanistan, Assange continued.

“The rise of al-Qaeda eventually bore the September 11, 2001 attacks in the United States, enabling the US invasion of Afghanistan and Iraq and over a decade of war, leaving, at its end, the ideological, financial and geographic basis for ISIS (Daesh),” he said, using another acronym for the terror group.

According to previously-leaked documents, American intelligence officials had found out years ago that various militant groups were planning to form a so-called caliphate in the Middle East.

Saudis have been openly funding what they call “opposition forces” in Syria, a group of Western-backed militants who have been fighting the government of Syrian President Bashar al-Assad since 2011.

Assange made the remarks on the sixth anniversary of his anti-secrecy project’s first “Cablegate,” when his team made public a batch of confidential documents belonging to the US government on November 28, 2010.

Dubbed the “Carter Cables III,” the new release included thousands of documents from the time of former US President Jimmy Carter.