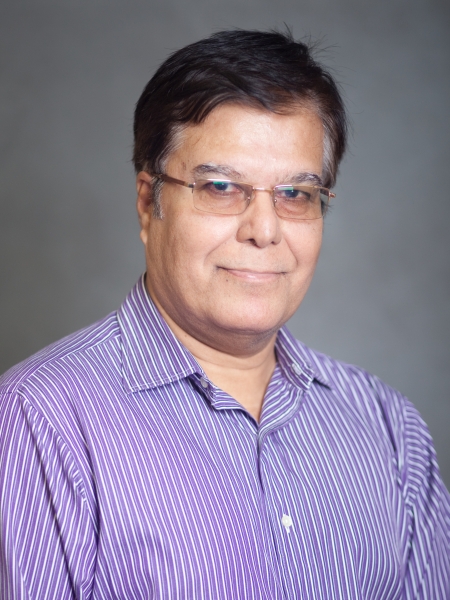 Dr. Taj Hashmi is a professor of security studies at Austin Peay State University in Tennessee, US. He has taught at various other universities in Australia, Bangladesh, Canada, Singapore and the US. He has authored several books and scores of academic papers, book chapters and popular articles. His major publications include Pakistan as a Peasant Utopia (Westview Press, 1992); Women and Islam in Bangladesh (Palgrave-Macmillan, 2000); Islam, Muslims and the Modern State (Palgrave-Macmillan, 1994) and Global Jihad and America: The Hundred-Year-War beyond Iraq and Afghanistan (Sage, 2014). Following is the full text of Habilian Association’s interview with the Indian professor:

Habilian: In your opinion, regarding the recent terrorist attacks in Europe, do the westerners have been awakened of Wahhabism?
Hashmi: While the world has almost taken it for granted that countries like Afghanistan, Pakistan, Iraq, Libya, Somalia, Mali, and Nigeria (among a few others) are already “lost to terrorists”, hence nothing much could be done to reverse the process in these countries, the recent Islamist terror attacks in America, Belgium, France, Germany, Turkey, and the latest ones in Bangladesh seem to have alarmed leaders, analysts, and laymen across the world that something has to be done to address the Salafi/Wahhabi menace for the sake of saving the crumbling New World Order. French Prime Minister Manuel Valls has rightly singled out the Salafi/Wahhabi terrorists as the biggest security threats to the world. He has also distinguished the ordinary Muslims from Islamist terrorists, and has thus re-drawn the important line of demarcation between Islam and Islamist terrorism, which Western leaders and analysts frequently erase at their convenience.
Now, the answers to the questions are quite difficult a) if the Westerners have really awakened to the menace of Salafism and Wahhabism; and b) if they are going to address the problem in the most effective manner, with honesty and integrity. The problem is Western ambivalence. On the one hand, the short-term Western geopolitical and economic exigencies – opportunism seems to be the right word – demand the continuation of the status quo; long-drawn warfare is good for arms manufacturers, or the proverbial Military-Industrial Lobby in the West. On the other, countries like Saudi Arabia, Bahrain, Qatar, and the UAE who directly or indirectly espouse Salafism/Wahhabism are important Western allies against Russia, China, Iran, Syria, and Iraq. Hence the Western ambivalence! They know about the problem, but are not ready yet to address it to resolve it forever.

Habilian: Let us speak about Bangladesh. Do you believe that international Salafist Wahhabi groups such as the ISIS and Al-Qaeda had a role in July's terrorist attacks in Dhaka?
Hashmi: There is no reason to believe that Islamist terrorist attacks in Bangladesh are just handiworks of some marginalized, angry youths. Terrorists here are well motivated and well connected to international terrorist outfits, including ISIS and al Qaeda. Although almost all the terrorists who took part in the recent terror attacks in Bangladesh were secular-educated, young men in their early twenties from well-to-do classes, there is no reason to believe that Salafi/Wahhabi ideologies played no role in motivating the killers, who were willing to die to kill total strangers in the name of establishing ultra-conservative Sharia law a` la Saudi Arabia and Afghanistan under the Taliban.

Habilian: How do you evaluate the role of Madrassas in promoting militancy and terrorism in Bangladesh?
Hashmi: Madrasas in Bangladesh and across South Asia (and in certain other countries in the Sunni World) have been the breeding ground of Salafi/Wahhabi ideologies, which promote Islam supremacy, hatred of non-Muslims, atheists, Shias, and adherents of all non-Sunni Sects. Madrasa teachers demonize democracy, secularism, nationalism, women’s rights, and whatever is modern, unorthodox, or beyond their understanding.
Last but not least, many madrasa teachers (under Saudi influence) refuse to believe the earth is round, and moves around the sun. Last but not least, tens of thousands of madrasa graduates – who are mostly under-employed and in poverty – are employed as madrasa teachers, imams at mosques, and a few of them have emerged as freelance Islamic preachers and demagogues. They preach hate against non-Muslims, atheists, women, Shiite and all non-Sunni Muslims, democracy and secularism in their writings, fatwas, and speeches and khutbas (Friday Prayer sermons). Of late, these clerics have started using electronic media outlets, including TV channels, YouTube, and Twitter. They have profoundly influenced sections of secular educated people, along with semi-literate and illiterate people in Bangladesh and beyond. In sum, under-employed and self-employed madrasa-graduates have been the primary promoters of hate and violence against secularism, democracy, women’s rights, non-Muslims, and followers of all non-Sunni sects among Muslims in Bangladesh. One may argue that without these scurrilous preachers’ writings and speeches, there would not have been any al Qaeda, ISIS, Taliban, Lashkar-e-Taiba, Harkatul Jihad and their offshoots anywhere in the world, including Bangladesh.

Habilian: As you said above, Many of madrassas in East and South East Asia who are the main promoters of violence and hatred against minorities are run under the influence of Saudi Arabia. In your opinion, Why the West does not put pressure on Saudi Arabia to stop contributing this institutes?
Hashmi: The US considers Saudi Arabia and other autocratic Gulf regimes allies against Iran, Syria, and in the long run, against Russia and China. They are also covertly anti-Palestinian, and pro-Israel.

Habilian: In recent years, we have seen the efforts by Saudi Arabia and its Wahhabi clergymen to improve relations with Deobandi religious leaders of the subcontinent and proximity to Darul Uloom Deoband. Even, it seems that moderate Deobandis have changed in recent years. (something that is visible in their publications and media.) How do you assess this issue? Is the extreme Wahhabism Saudi looking for influencing the Traditional ideas of the subcontinent? What’s the Deobandyah strategy in the region?
Hashmi: Thousands of Deobandi ulama (clerics) ever since 9/11 have been publicly condemning terrorism in general, al Qaeda and ISIS in particular. They issued fatwas against Osama bin Laden and al Qaeda. The ongoing Saudi-Deobandi nexus may be attributed to Saudi charity, which Deobandi clerics possibly can’t decline.  I don’t think there is any ideological convergence between Deoband and Saudi Wahhabi clerics.

Habilian: Do you have any estimation about the number and diversity of radical (Extremist religious) groups and movements in Bangladesh? Could you please tell us about the agendas that these groups peruse and the social classes that they belong to?
Hashmi: There are several legal Islamist organizations, such as the Jamaat-e-Islami (JI), United Islamic Front, Khilafat Majlis, Hifazat-e-Islam, Islamic Constitution Movement, etc. While the JI is the largest among them, it has the stigma of collaborating with the Pakistani military junta who killed tens of thousands of Bangladeshis during the Liberation War for Bangladesh in 1971. All its top leaders have been executed in the recent past for its alleged commission of war crimes in 1971. The JI officially does not condone terrorism, but it is widely believed that some of its younger activists/supporters have resorted to violent means of protests, if not terrorism per se. Other groups have very limited support and most of them do not get much electoral support to capture seats in the National Parliament. Among the illicit/terrorist Islamist groups, the Jamaat-ul Mujahedeen Bangladesh (JMB), Harkat-ul Jihad-e-Islami Bangladesh (HUJI-B), and Hizbut Tahrir (HT) are the most prominent ones. While the HUJI-B and  HT are said to have joined hands with the ISIS – are widely believed to be involved in the latest terror attacks in Bangladesh – the HUJI-B is said to have sponsored certain splinter terrorist groups in the country, and is said to be linked with al Qaeda in the Indian Subcontinent (AQIS). While the JI and other legal Islamist groups believe in constitutional politics (at least officially), others believe in violent overthrow of so-called democratic and secular system of governance in Bangladesh, with a view to establishing Sharia law as the guiding principles of governance. Some JMB, HT and HUJI-B activists are secular educated belonging to upper middle classes, many Islamist radicals come from lower classes, and a few are madrasa-educated as well.

Habilian: Why the Bangladeshi government not take decisive action against the growth of madrasas (religious schools) mainly funded by Saudi Wahhabis? How do you assess the Bangladeshi government’s efforts to restrain extremism?
Hashmi: No government in Bangladesh can “take any decisive action” against madrasas. Saudi and other Salafi-Wahhabi people in the Arab World and their local surrogates promote some madrasas, but most of them are run locally as religious endowments (waqf) by Bangladeshi donors. Contrary to the popular perception, madrasas in Bangladesh do not provide Islamist terrorists, unlike the Taliban belt in Afghanistan and Pakistan. However, as I have discussed above, under-employed and self-employed madrasa-graduates (generally known as maulanas, maulvis, and mullahs) have been the main agents provocateur in Bangladesh. They have profound influence on sections of educated and uneducated Bangladeshis. They have led them to believe in the doctrine of “Global Jihad”.
Last but not least, Bangladesh Government has been using the bogey of Islamist terrorism for legitimizing its corrupt and undemocratic practices. It is widely believed that police and special law enforcing agents called the Rapid Action Battalion (RAB) have been killing people and so-called terrorists through made-up encounters (known as “crossfire”) across Bangladesh.

Habilian: How do you predict the future geopolitics of the Global Jihad? What are the major factors affecting this phenomenon?
Hashmi: The so-called Global Jihad is actually a not-so-well-defined or organized Global Insurgency against Western hegemons (America and West Europe) and their local surrogates in the Muslim World. It is not going to dissipate or fizzle out in a few years. The Global Jihad has virtually become another Hundred-Year War of the 20th and 21st century. I have discussed this in some details in my book, Global Jihad and America: The Hundred-Year War Beyond Iraq and Afghanistan (Sage Publications, 2014). The “Hundred-Year War” started with the establishment of Israel in 1948. It is not going to end in 2048, unless America and its European and Muslim surrogates start behaving in a civilized manner.