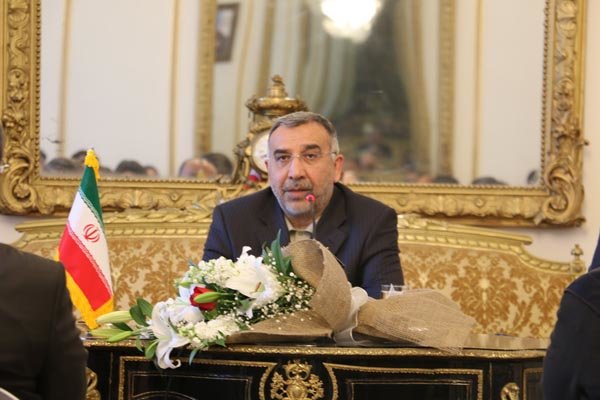 TEHRAN, Nov. 04 (MNA) – The Ambassador of the Islamic Republic of Iran to Turkey’s capital city of Ankara, Mohammad Ebrahim Taherian, criticized those who support terrorism with labeling Takfirists as good or bad terrorists.

“The two sides should try hard to safeguard the developing bilateral ties of Iran and Turkey from malevolent plots of common foes,” said Mohammad Ebrahim Taherian, the Ambassador of the Islamic Republic of Iran to Turkey’s capital city of Ankara, in his Thursday meeting with Deputy Chairman of the Patriotic Party of Turkey, Mr. Yunus Soner, in Ankara.

The Iranian diplomat recounted some ways of the ISIL killing and slaughtering prisoners of war and asserted that as hurting prisoners of war a violation of Islamic teachings, the ISIL cannot claim to be Muslim or Islamic. He reassured that it is a wrong idea to capitalize on pro-violence, extremist, and terrorist movements to secure foreign policy objectives and those who support these kinds of movements would finally be embroiled by terrorism.

“The Shia-Sunni sectarianism propagandized by some media is to affect the public opinion,” said the Iranian envoy to Ankara after highlighting Iran-Turkey ties, “annually 1.5 Iranian tourists visit Turkey and have good relations and interactions with their fellow Muslim Turks with no concern over Shia-Sunni beliefs and the early support of Iran’s government for the Turkish legal government at the time of the coup approves that.”