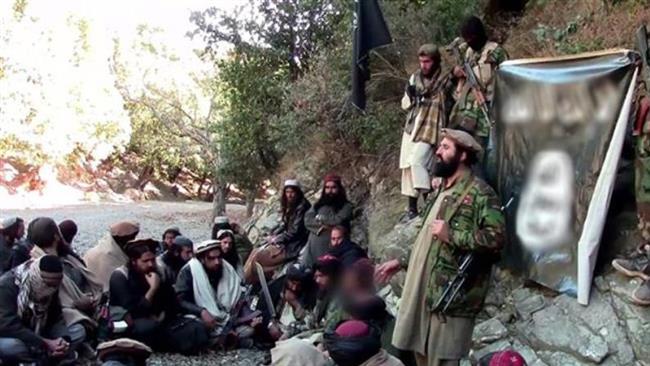 (PressTV)- Members of the Takfiri Daesh terrorist group have killed around 30 civilians, including children, in the central Afghan province of Ghor, Afghan officials say.

According to the governor’s office, the victims were shot dead after being taken hostage by Daesh north of the provincial capital of Feroz Koh late Tuesday.

Local officials believe the killing was in retaliation for the killing of a Daesh commander during an operation by Afghan forces in Ghor Province earlier on Tuesday.

There has so far been no official claim of responsibility from the terror group, however.

The killings come amid rising concerns that Daesh, which is mainly active in Iraq and Syria, is now seeking to gain a foothold in Afghanistan’s troubled east.

Daesh has reportedly managed to take recruits from Taliban defectors in the eastern Afghan province of Nangarhar, which borders Pakistan. Reports say the Takfiri terrorist group has recruited some 2,500 members in Afghanistan.

In August, Daesh claimed responsibility for a bombing during a demonstration held by the Shia Hazara community in the Afghan capital, Kabul, where at least 80 people were killed.

The surge in terrorist activities across Afghanistan comes despite the presence of forces from US and other NATO members there. A number of such forces remain in Afghanistan ever since the US led an invasion of the country in 2001.