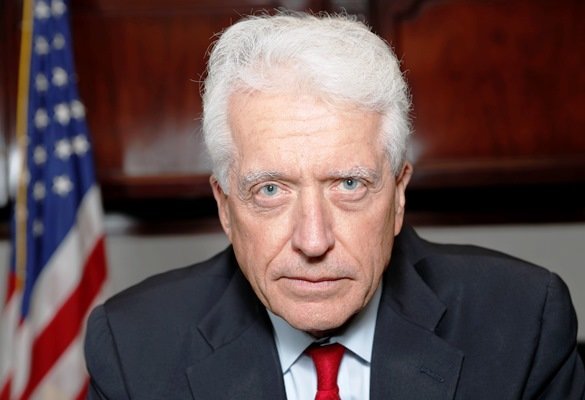 “Some Saudis continue to indirectly and directly fund activities in the land of Islam through Madrasas schools that encourage terrorism,” Charles Slattery told the Tehran Times in an exclusive interview.

“I am fearful that millions of young Sunni Moslems are being misinformed in these Madrasas schools that are largely funded with money from Saudi,” the former congressman lamented.

The former Democratic congressman also said more and more U.S. citizens are raising questions about relationship with the Saudi kingdom, especially as Saudi Arabia is funding activities that germinate terrorism. The former legislator said questioning ties with the kingdom is gaining more weight as the ice between Iran and the U.S. seems to be thawing.

“As relations improve between Iran and U.S. I believe there will be more questions asked about Saudi relationship with the U.S. and the funding of activities that assist terrorists.”

“Saudis support Whabbis mosques in Islamic countries and the Balkans.”

Charles Slattery, who served in the House of Representatives from 1983 to 1995 representing Kansas's 2nd congressional district as a Democrat, added, “I reject the often repeated statement that Iran is biggest exporter of terrorism. Smart people in U.S. are beginning to understand this point.”

This is true that Iran is helping Shiites in the Middle East but Saudi Arabia is funding mosques, including those in the Balk region, that preach Wahabbism.

“I understand Iran supports Hezbollah and Shiite minorities in the Middle East but this pales in importance to the Saudi efforts made to support Madrassa schools and Whabbis mosques in Islamic countries and the Balkans.”

Iran and great powers struck a landmark deal on Tehran’s nuclear program in July 2015. The deal went into effect in January.

Charles Slattery said if the deal is implemented fully it will affect the quality of Washington’s ties with Riyadh.

“The next chapter in U.S.-Iran relations and U.S.-Saudi relations will depend on the fair implementation of the JCPOA. The implementation must be complete on both sides.  It must be a win-win and I think it will be,” he noted.

According to the nuclear deal, officially called the Joint Comprehensive Plan of Action (JCPOA), Iran slows down its nuclear activities and instead economic and financial restrictions on the country are removed.

“If all goes well with the JCPOA it will hopefully lay the foundation for further improvement in U.S.-Iran relations.”

“This (nuclear deal) will reduce influence of Saudis in the U.S. They understand this and are responding by hiring lobbyists in DC.”

‘Iran and U.S. must be patient’

The former congressman believes that Iran and the United States must be patient to see the fruits of the nuclear agreement.

“I believe much progress has been made but more is needed. Both sides must be patient,” the former legislator suggested.