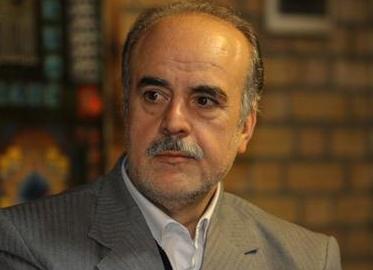 TEHRAN – Majed Ghamas, the representative of the Supreme Iraqi Islamic Council in Tehran, has said that the Iraqi nation disgraced the Mojahedin-e-Khalq Organization (MKO) by expelling their remaining members from Iraq, Tasnim reported on Saturday.

The top Iraqi envoy described the MKO as one of the shadowy groups that sought to launch a new wave of terrorist activities in the region.

He said the MKO must stop their terrorist activities as they want to enter other countries.

“The MKO reminds Iraqi people of very painful memories. This is a mutual feeling between Iraqis and Iranians,” Ghamas said.

“Saddam, as the key sponsor of the MKO, was ousted and then the Iraqi government attempted to expel the terrorist group from Iraq, and today, with the Iraqi people’s support, the MKO has been expelled from the country,” he added.

The MKO has existed as an Islamist-Marxist group in Iran since 1965, when it fought against the former Shah of Iran. It performed a number of attacks against the United States soldiers stationed in Iran and then it was put on the U.S. State Department terrorist list.

After the 1979 Islamic Revolution in Iran, the group resorted to bombings and assassinations. It then sided with the Saddam Hussein army the war against Iran in the 1980s.

Backed by the Saddam regime, the MKO launched a military attack on Iran in 1987, one week after UN Resolution 598 brought the war between the Iraq-Iran to a halt.

Iran accuses the group of being responsible for 17,000 deaths.

Saddam also used the group against Shias in the south and Kurds in the north.