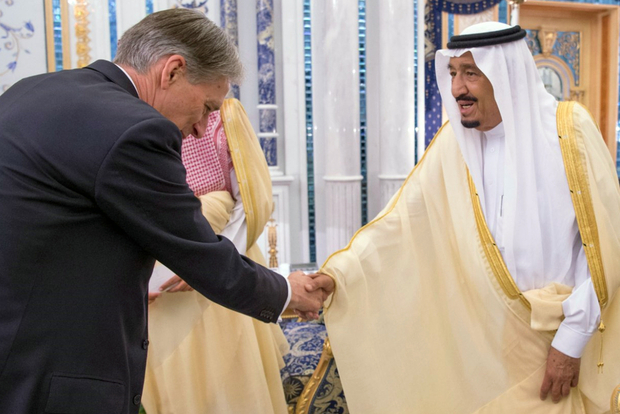 A British parliamentary report released on Tuesday has concluded there is “historical evidence” the Islamic State (IS) group received funding from within Arab Gulf states.

In evidence submitted to the foreign affairs select committee, the Ministry of Defence said: “[There] is historical evidence of financial donations to Daesh [IS] from within Gulf states. Furthermore, it is understood that family donations are being made to Daesh, through the unregulated Alternative Value Transfer Systems (AVTS).”

AVTS include ways of globally transferring money that includes little information about the individuals involved in the transaction – examples include the open source online currency Bitcoin.

The MoD cited as evidence an incident in September 2014 when an IS official was sanctioned by the US Treasury Department after receiving a $2m donation “emanating from the Gulf”.

The MoD also said in its evidence that private donations to IS are “minimal” compared to its other revenue streams, which include oil and taxation.

The committee said in an assessment of IS finances that Britain should be able to “ask hard questions of close friends” when discussing how donations have reached the Syria-Iraq based militant group.

The report concluded that IS has been put under severe financial pressure after a sustained international campaign that has forced the group to turn to “gangsterism and protection rackets” for money.

The report argued that plunging oil prices and air strikes on IS in Syria and Iraq have reduced the group’s ability to operate, however, the most controversial part is undoubtedly the section on donations to IS.

While the government told the committee that it had no evidence any country had provided funding to IS as a “matter of policy,” concerns were raised in the report about how Gulf states responded to the group’s initial rise to prominence, before and around the time of its seizing of the Iraqi city Mosul in June 2014.

The MoD said Turkey, Saudi Arabia, Kuwait and Qatar have played an “important role” in the anti-IS coalition, but officials from the Foreign Office said “some governments in the region may have failed to prevent donations reaching ISIL (IS) from their citizens”.

Middle East Minister Tobias Ellwood told the committee that after IS “first caught international attention,” the group “may have been perceived as a defender of Sunni Muslims in the wars in Iraq and Syria”.

Former Iraqi prime minister Nouri al-Maliki - who was in office between 2006 and 2014 - was repeatedly accused of favouring his Shia Muslim sect and oppressing Iraqi Sunni Muslims.

In Syria, where a brutal civil war has raged since early 2011, President Bashar al-Assad has also been repeatedly accused of specifically targeting Sunni Muslims who desire his overthrow.

Ellwood said that the period of IS being viewed as a defender of Sunnis was “before 2014”. Dan Chugg, head of the Foreign Office’s ISIL Task Force, told the committee that “around two years ago” IS “may have been able to attract donations from sympathetic Sunnis, with the wealthiest states in the region - the Sunni monarchies of the Gulf - being the subject of particular concern”.

“[It] was certainly a problem in the early days of the Daesh organisation that there was funding coming in from Gulf countries and other places,” Chugg said, using an alternative acronym for IS.

The committee asked Ellwood for his opinion on reports speculating that donations may have been sent to IS by individuals close to royal families in the Gulf.

Ellwood said: “It is very opaque, it has to be said. When somebody who is close to the top of a royal family is a very rich individual donor and chooses to do so, that is very likely to happen.”

On the same issue of the royal families being somehow involved – either directly or indirectly – in the funding of IS, Chugg told the committee: “It is difficult with some of these countries to know exactly what is government funding and what is not when you are dealing with royal families, wealthy princes and those kind of things.

“Our strategy was not to try to ascertain whose problem and whose fault it was, but to stop the funding going to Daesh. That was what was important. And that is what our efforts have been focused on.”

The Gulf states and Turkey have repeatedly denied allegations of funding IS and defended their actions by pointing to their role in the international coalition which is attempting to defeat the group.

The report cited the fact Saudi Arabia only made it illegal for its citizens to fund IS in March 2015, while Britain had designated the group terrorist by June 2014.

The report concluded its section on donations to IS by calling for Britain to work with its regional allies “to ensure that they have the capacity and resolve to rigorously enforce local laws to prevent the funding of ISIL, so that the group cannot benefit from donations in the future”.