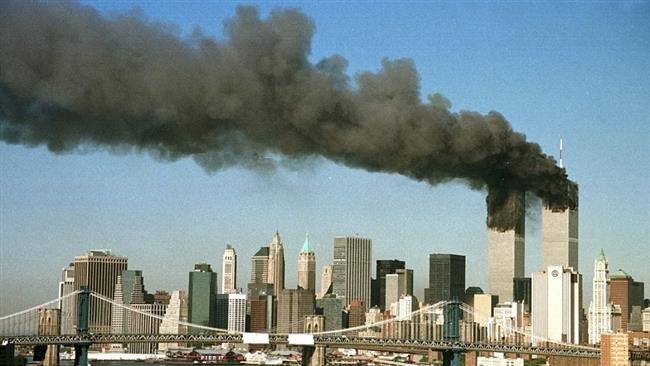 The US government has released 28 pages of a congressional report on the September 11, 2001 terrorist attacks, which show the Saudi government may have had a hand in the attacks.

“While in the United States, some of the September 11 hijackers were in contact with, and received support or assistance from, individuals who may be connected to the Saudi Government,” reads part of the report released on Friday.

“There is information, primarily from FBI sources, that at least two of those individuals were alleged by some to be Saudi intelligence officers.”

The Joint Inquiry also hints at Saudi Arabia’s support for terrorist activities in the US and other countries, but fails to show its extent.

“In their testimony, neither CIA nor FBI witnesses were able to identify definitively the extent of Saudi support for terrorist activity globally or within the United.”

The report also shows information indicating that “Saudi Government officials in the United States may have other ties to al-Qaeda and other terrorist groups.”

Meanwhile, Saudi Arabia has welcomed the release of the pages, saying there is no proof of Saudi involvement in the attacks.

“Since 2002, the 9/11 Commission and several government agencies, including the CIA and the FBI, have investigated the contents of the ‘28 Pages’ and have confirmed that neither the Saudi government, nor senior Saudi officials, nor any person acting on behalf of the Saudi government provided any support or encouragement for these attacks,” the Saudi Embassy in Washington said in a statement.

President Barack Obama, under pressure from Congress and the public, announced in April that the secret pages, which have been kept secret since 2002, would be declassified soon.

Former President George W. Bush and his vice president, Dick Cheney, reportedly told the commission that they would not be formally interviewed in relation to the 9/11 attacks, which killed nearly 3,000 people and caused about $10 billion worth of property and infrastructure damage.