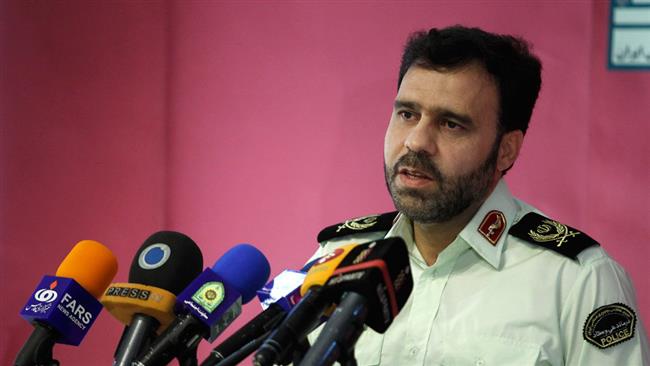 Iran police says one of the perpetrators behind a deadly bomb attack on the headquarters of the Islamic Republic Party (IRP) back in 1981 has been arrested.

The assailant is a member of the terrorist Mujahedin-e Khalq Organization (MKO) and was arrested in Albania with the collaboration of Interpol, said Iranian police spokesman Saeed Montazerolmahdi during a press conference on Saturday.

He added that the perpetrator would soon be transferred back to Iran.

On 28 June, 1981, a powerful bomb went off at the IRP headquarters, where the party’s leaders were holding a meeting. Tens of Iranian officials, including then Head of Supreme Judicial Council Ayatollah Mohammad Beheshti, were killed in the bombing by the MKO.

The MKO has carried out numerous terrorist attacks against Iranian civilians and government officials over the past three decades. Out of the nearly 17,000 Iranians killed in terrorist attacks since the victory of Iran’s 1979 Islamic Revolution, about 12,000 have fallen victim to MKO's acts of terror.

Washington and the European Union have removed the MKO from their lists of terrorist organizations. The anti-Iran terrorists enjoy freedom of activity in the US and Europe, and even hold meetings with American and EU officials.