Karim Haidari was born in Shiraz on March 11, 1961. His father was a member of the Revolutionary Guards and his mother was householder. He had studied until the end of high school. Then he joined the Revolutionary Guards. There, Haidari was appointed as training commander of the Imam Hussain Garrison. On October 07, 1981 Karim was going to work when he was assassinated by MeK Members. 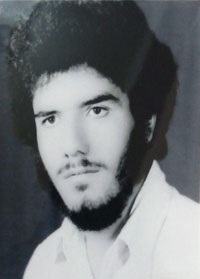