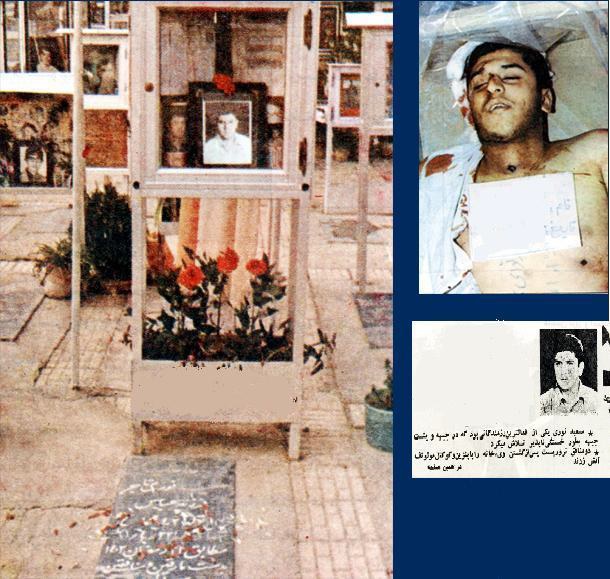 The July 13, 1982, coinciding with the 21st of Ramadan – the martyrdom anniversary of Imam Ali (P.B.U.H) – was about to end, and Saied Noroozi Tajer and his mother were going to break their fast. Two MEK terrorists went to Dowlat St. in Tehran in order to assassinate Saied, a religious youngster who was active during the anti-Shah protests before the Islamic Revolution and fought for Iran during Iran-Iraq war. They rang the bell and Saied went to the door. He realized their evil intention and tried to close the door. However, one of the assassins resisted him by putting his foot forward to make the door open. He shot several bullets to Saied. They then set the house on fire.

The MEK assassins shot at his throat while his mother embraced his bleeding body.

According to the forensic medicine report, Saied was martyred as a result of being shot five bullets at his chest and stomach, one at his left arm and one at his throat.