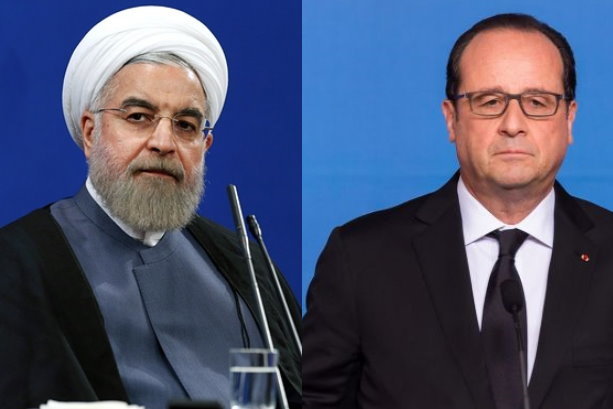 Iranian President Hassan Rouhani in a message to his French counterpart and on behalf of the Iranian nation that is a ‘victim of terrorism’ itself, strongly condemned the Friday terrorist attacks in Paris.

Following the deadly terrorist attacks that killed at least 160 people in several places in Paris on Friday evening, Iranian President Hassan Rouhani condemned the attacks, saying “undoubtedly, the most important message of the world in the face of such atrocities is a more serious will and determination for a collective fight against terrorism.”

The President extended his deepest condolences to French President Francois Hollande, saying the death of a great number of innocent people in Paris has caused him deep grief and anguish.

“On behalf of the Iranian nation that has been a victim of the scourge of terrorism itself, I strongly condemn these crimes on humanity and extend my condolences and sympathy to the bereaved people and government of France,” Rouhani said in the message.

On Friday evening, Paris was rocked by several violent coordinated attacks in one of the deadliest assaults to hit the French capital since the World War II. According to French media, at least 160 people were killed. It is yet unclear how many attackers were involved in the seven attacks. No one has claimed responsibility.