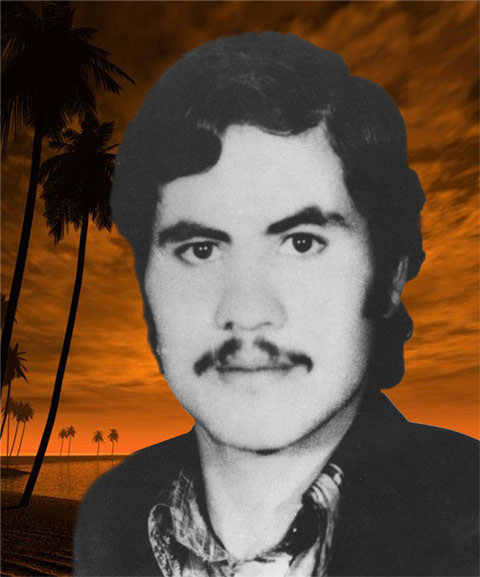 Oroujali Shokri was born in March 30, 1963 in Lalejin, Hamedan in a family of 7 people. His father was a devout farmer and his mother was a housewife. Oroujali was kind and friendly as a child. After finishing middle school, he had to abandon school due to the poor economic situation of his families and work in a pottery workshop. Even at early age, he cherished his parents and went out of his way to respect the status and honor of his parents.

At the age of 10, Oroujali got into work market, striving along with his father to provide for his family. The chaotic days of 1978 were approaching. Lalejin, as one of the holy cities of Hamedan, had a distinctive atmosphere in those days and whispers of opposition against the Pahlavi regime could be heard in the streets. Gradually, these whispers turned into an uprising and the perfume of revolution could be smelt in Lalejin streets. Having a spirit of anti-oppression from the childhood, Oroujali joined the masses in the protests and rallies until the leader of the freemen of the world, Imam Khomeini, returned to Iran.

After the Iranian revolution, Oroujali got back to his routine work and spent his days with the family. In 1982, he was sent for military service. After finishing the training course of military service, he was sent to Kurdistan Province along with 160 other fellow soldiers.  At the time, anti-revolutionary groups were active in Kurdistan and their loot and pillage had created insecurity and instability in this vast part of western Iran.

He was stationed in Saghez-Diwandareh region as a radioman. In the company of his comrades, he was dispatched on a reconnaissance mission in West Kurdistan where they were ambushed by Komala group. During this encounter, Oroujali, who carried a letter of critical message, was wounded. To prevent the disclosure of this vital information to Komala group, he decided to eat the message. However, the attackers took his half-alive body to their residence and put him through horrible tortures.

They even slashed his stomach to extract the message.  Eventually, he was martyred in February 7 1985. When his body was transferred to Kurdistan for identification, his family members were not able to identify him. Komala group had not only cut the skin of his face, but also slashed his nose and gouged out his eyes. Finally, on the second visit, the holy body of Oroujali was identified by his mother and transferred to his hometown. The selfless act and martyrdom of Oroujali has turned him into a patriotic figure that is still remembered by Lalejin people as a man of honor.