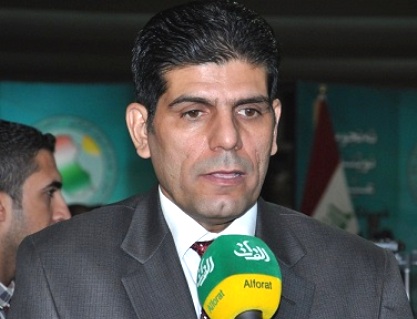 Rapping the Mujahedin-e Khalq’s call on the US to arm the terrorist group’s members in Iraq, a former member of Iraqi National Alliance says their request is “completely unacceptable.”

Jawad al-Bazouni told Habilian correspondent in Baghdad that the MKO is a terrorist group and Iraq is firmly decided to expel the group from its soil.

The comments came as the MKO terrorist group has put pressure on the US to “hand over part of their personal protection weapons.”

Al-Bazouni said that MKO was a part of the former suppressive regime of Saddam, adding “we cannot let such a group remain on the Iraqi soil anymore.”

He called on the MKO supporters to move the terrorist group outside Iraq.

He pointed that the US will not be able to arm MKO, since the move will provoke Iraqis’ anger and questions the US neutrality which is not desirable at the time.

Mujahedin-e Khalq(MEK, a.k.a. MKO) which is the most hated dissident group in the eyes of Iranians due to its acts of terror against civilians and the fact that the group made common cause with the Iraqi dictator in his bloody war on Iran, were disarmed after the 2003 US-led invasion of Iraq.