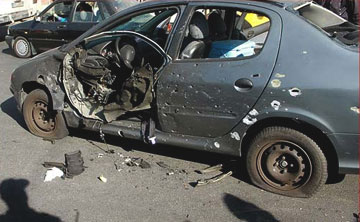 “The Islamic Republic of Iran, as a victim of terrorism, is a forerunner of the real fight against this ominous phenomenon,” Iranian Deputy Foreign Minister for Arab and African Affairs Hossein Amir Abdollahian said on Tuesday.

“This is while the US, following a double-standard policy, uses terrorism as an instrument to further its interests in the region,” he added.

Amir Abdollahian further denied allegations that Hezbollah is a terrorist group and said the Hezbollah resistance movement succeeded in bringing the Israeli regime to its knees during the 33-day war in 2006.

“The Lebanese Hezbollah is strongly fighting terrorism in support of the country’s security and stability,” the Iranian official added.

Iran’s Foreign Minister Mohammad Javad Zarif in January stressed the importance of strengthening international cooperation in the fight against terrorism, extremism and violence.