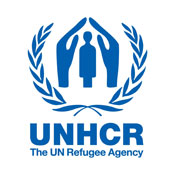 “UNHCR encourages all Member States to share in the international efforts, admit residents and offer them a long-term solution,” the statement reads.

The statement adds that so far the UNHCR has so far relocated 300 members of the MKO to third countries. The majority of these relocated MKO members have been resided in Albania, a small country in southeastern Europe which offered asylum to 210 members of the terrorist group.

This is not the first time that the UN calls on the members states to accept members of the MKO. According to France24, the UN has been searching “since 2011” for countries willing to host these individuals. But the past record of the terrorist MKO group hinders countries, even their supporters to accept them within their borders.