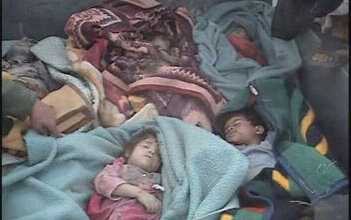 Seyed Mohammad Javad Hasheminejad added, “In this day and age people are suffering from terrorism more than ever, while the research institutes are involved with defining the word “terrorism” and the international supervisory bodies are adopting interesting resolutions aimed at combating terrorism and some governments, such as the United States, are talking about an endless fight against terrorism.”

He further touched upon the situation in Iraq, Afghanistan, Syria, Pakistan, and Africa and said:

“Since the occupation of Iraq in 2003, some 100000 Iraqis have been killed. Each month lots of Afghan people are falling victim to the acts of terror and war. Five thousand Syrians are being killed every month during the terrorist acts. Women and children in Pakistan are facing death while they are asleep by remotely piloted iron birds. People in Africa are witnessing the devastation of their homes and cities and the loss of their loved ones.”

Hasheminejad described the wars waged by US and Europe as “unequal wars” which they are trying to justify by labeling them as the “War on Terror”.

“International peace and security institutions did not hesitate to follow this ideological warfare,” he added. “The bitterest humour in the history was created when the UN Security Council added fuel to the fire and authorized use of force against Iraq after three months of US invasion to the country.”

He also made a reference to the US plan of a Greater Middle East and changing the governments of the region and said the souvenirs of the US victories were imprisonment and torture.

“Meanwhile the storm of propaganda, inequalities in the international system, unilateral and corrupted interpretation of international law, and ambiguity in the definition of terrorism has changed the reality of this war so that it seems that these nations are doomed to be the defenseless victims of anti-humanitarian and violent policies of the United States.”

Secretary General of Habilian Association added that “the world is now plagued by injustice, and in spite of the quite strict laws and regulations, the inefficient and discriminatory structure of the UNSC and the lack of preventive mechanisms to deter World Powers’ invasion to other nations has multiplied the pain of this injustice.”