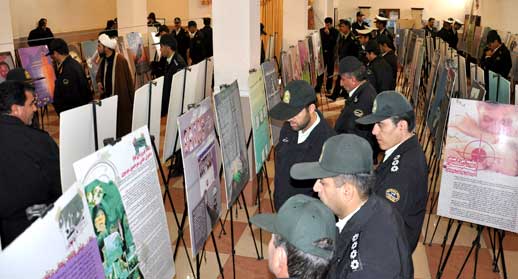 The exhibition held for six days presented some 170 posters, 20 multimedia software products, as well as a number of books regarding the terrorist Mujahedin-e Khalq Organization, Hujjatieh Society and Bahaism.

Treasonable acts of the terrorist MKO, assassination of hundreds of thousands of innocent defenseless Iraqi and Iranian people by the terrorist group, its alignment with Saddam Hussein in his invasion of Iran in 1980, and some other information regarding the MKO were presented before the eyes of the visitors, who were mainly policemen of the Zanjan province.

Self-immolation of the MKO members, its intelligence-gathering operations on behalf of Israeli Zionists and the United States, complex brainwashing methods and ideological revolution in the terrorist cult, in which married couples were forced to divorce, were among the other parts of the exhibition.‎