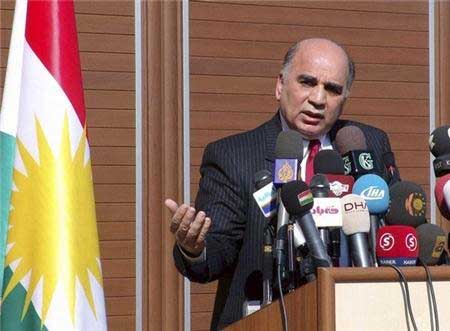 Hussein added that "the Government of Arbil does not differ with the Federal Government in Baghdad on issues relating to Iraq's sovereignty", stressing that both demand the organization leave the sovereign country of Iraq.

The head of the office of the Kurdistan Region explained that the MEK committed crimes against Iraqis from north to south, explaining that the Kurdish people in the north were also victims of the Baathists and the MEK, which was an obedient tool in the hands of the former Baathist regime.

Fouad Hussein, arrived in Paris on Saturday to discuss the repercussions of the political crisis that Iraq is going through now.