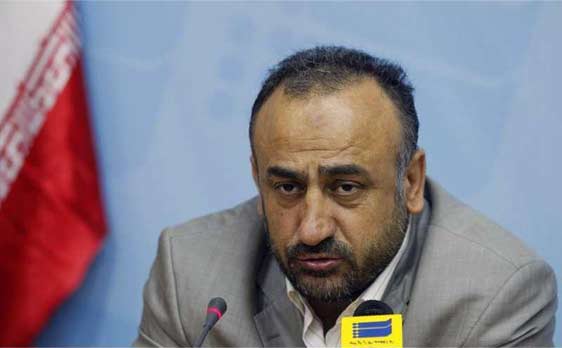 “This group, backed by the United States, is seeking to win concessions from the Iraqi government to continue its terrorist and spy operations in the region,” ICANA quoted Seyyed Ramezan Shojaei Kiasari as saying on Friday.

Kiasari pointed to MKO crimes against the Iraqi and Iranian nations and called on Baghdad to meet the demands of both countries’ people by immediately deporting the terrorists group’s leaders to Iran.

“By relying on its constitution which bans activities of terrorist groups [in Iraq], the Baghdad government must strongly resist behind-the-scene pressure from world powers and deliver these criminals to the Islamic Republic of Iran in line with the interests of the Iraqi nation and its neighbors,” he urged.

Kiasari criticized international human rights organizations for their "paradoxical silence" on the MKO’s crimes, saying that such behavior is in line with "the authoritarian approach and policies of the United States and arrogant powers."

The MKO -- listed as a terrorist organization by much of the international community -- is notorious for carrying out numerous acts of terror against Iranian civilians and officials, involvement in the bloody repression of the 1991 Shia Muslims in southern Iraq, and the massacre of Iraqi Kurds in the country's north under executed dictator Saddam Hussein.

In December 2011, the United Nations and Baghdad agreed to relocate some 3,000 MKO members from Camp New Iraq, formerly known as Camp Ashraf, in Diyala province to Camp Liberty -- a former US military base near Baghdad International Airport.