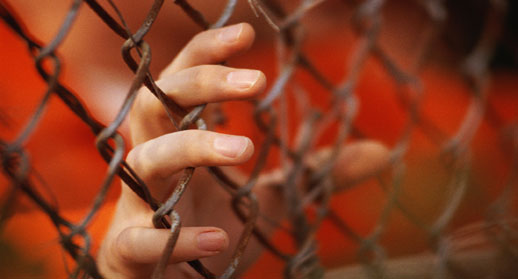 The US-invasion of Iraq was launched and we were seeking a chance for terrorist attacks towards Iranian borders. We were all weary of years of habitation in Camp Ashraf and preferred to be killed rather than returning to the camp. Nobody could endure that closed and strictly guarded environment in which we were forced to do hard labor and be supervised morning to night, anymore.

Iranian contemporary history is one the most complicated and ambiguous histories researchers have dealt with. Contemporary Iran, by virtue of different factors inclusive of geographical significance, confluence of multiple cultures and host of other spiritual and material attractions have been the scene of some incidents that, due to multiplicity of their overt and covert actors and directors as well as their different grounds and consequences, not only have not been scientifically scrutinized but may also be forgotten in the future. Peoples’ Mujahedin Organization (PMO) is a well-known political organization that thanks to its unique characteristics during its 50-year life has alternately been the focus of attention of different researchers and ordinary masses and unlike many identical groups has been able to retain itself in political scene of the country for nearly 5 decades. But despite these characteristics, such an aura of ambiguity has engulfed the organization’s past and present that few researchers can describe and explore it with exactitude and clarity and study it as a chapter of contemporary history of Iran. In the meantime, there were many who joined the organization, consciously or unconsciously, and then came to the sense over the time that slogans chanted by the organization are nothing but a deception. One of these individuals is Parviz Derakhshan (his pseudonym). He was attracted to the organization in 2001 and spent a period of 2.5 years in Ashraf Camp. Asking his real name to be unknown, the interviewee returned Iran on February 5, 2009, thanks to the Supreme Leader’s pardon of People’s Mujahedin. The following is an interview with Mr. Drakhshan, a former and now repentant member of the organization.

Mr. Drakhshan! Thank you for agreeing to be interviewed with us. Let’s begin with how of your acquaintance with PMO and outgo from the country and also start of cooperation with the organization.

In the name of God. I also express my salutation to you and your dear readers. At a hot afternoon of summer I quite suddenly tuned the radio on Radio Voice of Mujahed whose presenter was announcing a contact number in Germany. I immediately dialed the number. A young lady answered the phone and persuaded me to illegally cross Iran-Iraq border and join the organization. However, in the following autumn my friend and I went to Turkey and then Syria and contacted them. They immediately welcomed us and our contact and faxed us some forms to be filled and then returned. After 10 days of habitation in Damascus, they contacted to provide us with complete information on how to go to Iraq. Anyway, we went to Dubai and were transferred to Land Mark Hotel by liaison officers of the organization. Then we were brought to the central office of the organization in Baghdad. Having answered all their questions, we were transferred to Camp Ashraf.

So, after arrival to Iraq you entered Camp Ashraf. Please explain the admission process to the organization and the rules for being attracted.

Upon arrival to Camp Ashraf we spent two weeks in a residential area which we had named it Quarantine and most of our time was devoted to filling some forms about the previous process, how of acquaintance with and then joining the organization. Having spent two weeks in Quarantine, we were transferred to a beautiful villa area called “Entrance”. It must be mentioned that they intentionally had built this region beautiful in order to impress the newcomers.

In an afternoon, they brought me a military uniform and a pair of boots and asked me to wear them and prepare for transfer to admission unit for military training courses. I was transferred to Unit 823 and the training was begun. The commander of Unit Mohammad Reza Naqashi was a senior cadre of PMO. We were 30 people who were classified into three similar groups, each led by a commander. After a short habitation, we were brought a form to sign which was told is the rules of the camp. The rules included in the form were:

1. Mujahedin organization must be like a steely guard in which all relations are founded by the leader who must be absolutely obeyed. Meanwhile, all decisions are made by leader Masoud Rajavi.

2. None of mujahedins can possess personal properties and estates, and even inheritance dose not accrue to them and all their properties belong to the organization.

3. Any people’s mujahed must give “the signature of blood and breath”, namely admits that all his life and even thought belongs to the leader and he possesses nothing of his own.

4. Food and clothes are for free in mujahedins’ relations and so no money and salary are exchanged in the organization.

5. Recitation of Quran is banned and nobody is allowed to interpret Quran except for the leader.

6. TV and radio, telephone and internet are banned.

7. Whoever wants to separate must spend two years in PMO’s prison in order to his information be lost and then will be transferred for 8 years to Abu Ghraib Prison for illegal arrival to Iraq and so after 10 years Iraqi government will swap him with Iran.

8. Nobody is allowed to marry for life time.

The operation was indeed the organization’s system of control and protection whereby the members of units gathered in a place and reported their evaluation of other members’ performance. It was protective umbrella of the organization which strictly kept its members under surveillance and identified and then suffocated any voice of opposition and incompatibility in the very early stages, and all members were obliged to participate.

What was the occasion in which you met Masoud Rajavi for the first time?

In an afternoon of September 2001, the closed-circuit television of the organization constantly showed scenes of some passenger airplanes being crashed into the Pentagon and Twin Towers. Then we were told to prepare for meeting with the leader of organization Masoud Rajavi at Baqer Zadeh Camp, Western Baghdad. Having arrived the camp, meeting was began with Rajavi’s words and news of the happening of 11/9 terrorist attack and then the attack was displayed in a big screen.

To achieve its objectives the organization provided military training inclusive of mortar firing and assassination attempts to its members. How was the selection of members and the training they received for subversive operations within Iran?

The commanders of Mujahedin were looking for motivated members to dispatch them to Iran for terrorist operations and mortar firing. Personal grudge and hostility towards the subject was the main criterion for selection of members and age, organizational experience and physical fitness were next in rank. The members of terror teams had once meeting with Masoud Rajavi prior to being dispatched to Iran. These meetings were mostly for further persuasion and motivation. Maryam was also present in these meetings. The atmosphere was such created during these meetings that some members fell on his feet and cried.

A factor for inclusion of member in aforementioned teams was not to be an old member. Another one, as mentioned before, was personal grudge and hostility towards the subject. In other words, individual motivations were of significance for them. The next was their familiarity with the situation and also update of their information in order to be able to escape after the operation. It was very important for them that one participate in the operation for his personal motivations.

After receiving 10 months of military training in Camp Ashraf, you were dispatched to Camp Habib. How was your experience there?

I was told that had been transferred to Camp Habib around Basra. Protective teams of different camps, extended all over Iraq, came to camp since as early as the 20th day to take their new members. 19 others and I were the quota of Camp Habib. We accomplished there training courses of 130 mm heavy artillery, pistol and grenade.

During US invasion of Iraq the PMO’s member visited Rajavi for the last time on March 2, 2003, that prolonged for 12 hours. Please tell us more about it.

Rajavi stated his final words in this meeting and warned that if the US and its allies attack mujahedin camps, especially Camp Ashraf, we would immediately attack towards Iranian borders. It was 3 o’clock in the midnight that he concluded his speech with these statements and we never saw him anymore.

What factors caused you to leave the organization on December 21, 2004, and join American forces in TIPF Camp?

Subsequent to US arrest of Saddam, his supports for the organization was perished. I could separate from the organization on December 21, 2004, and was transferred to US-owned TIPF Camp. TIPF was a prison without building which was originally a part of Camp Ashraf which had been marked and enclosed using different types of barbed wire and fences. Based on an agreement between the PMO and US government, the prisoners- separated members of PMO- were to spend years of imprisonment in wasteland deserts.

How long you stayed in TIPF Camp and how was your and your friends’ situation there?

I spent 4 years in TIPF prison. We had been defined as POWs in the camp, but they even withheld rights of a POW from us. We had a poor health condition. Water of WCs was cut off for a weak and they were out of use. Those who protested the situation were put to prison. American-made insult, smacking and detention were ordinary phenomena within the camp.

When you left TIPF for Turkey, Germany and Swiss?

I was released from TIPF in early days of 2008 and was transferred to Turkey by human traffickers and then departed for Germany and Swiss. A habitation of 1 month in Germany could not satisfy me and cold and homeland nostalgia made me to return Iran to spend rest of my life in my own country. So, I returned Iran after 8 years on February 5, 2009.