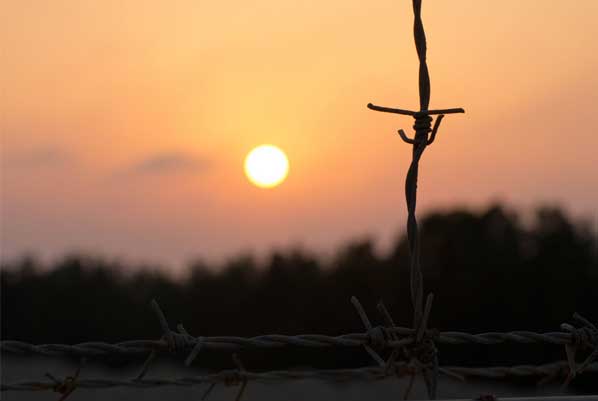 Ehsan Bidi was the first person to escape Temporary Transit Location (Camp Liberty) and to join Iraqi police. He declared his defection from the Mujahedin Khalq Organization (MKO) in the statement he offered Sahar Family Foundation:

I am Ehsan Bidi, son of Mohammad Taghi. I declare my separation from the Mujahedin Khalq Organization (the corrupt Cult of Rajavi).

I was deceived by the MKO propaganda and captured by the Cult, ten years ago. I spent ten years of best time of my life behind the bars of Camp Ashraf with no outcome. I was just imprisoned by shallow, vain promises of Rajavi and other leaders.

As an Iranian young guy I noticed my mistake when I had no way out. I had no courage to express my opinion in the organization. For the sake of the Cult leaders’ passions, I was shot and wounded in my leg on April 8th, 2011, during the clashes with Iraqi forces at Camp Ashraf.

I was well aware that leaders of the cult would gain their evil goal only with shedding the blood of me and my friends. They never valued out lives.

I decided to run away a few times, during the past years, but I didn’t succeed. When I was transferred to Transit Location, I was the first person to find the opportunity to escape the Camp. I submitted myself to Iraqi forces. I could finally release myself from the criminal corrupt Cult of Rajavi.

Now I am very happy. My only desire is that the Cult leaders will be tried for the crimes they committed against Iranian youth and my friends who are willing to get liberated will be freed from the Cult.